A connection to family ~

Finding this connection to my family genealogy was an exciting two fold find. This story is the connection of a Villa and Park named Von-Dietel'scher-Park. The other story is a continuation about the famed Vogue "Photographer Adolph de Meyer" who was the son of one of the owners that purchased land and buildings for the Dietel'scher-Park... All leads back to my direct Meyer family's name.

Let's see if I can keep everything and everyone straight...

A Thank You goes to B.Vogt the contact, for finding the connection and photographs to Adele von Dietel.

My great grandparents Adele & Ludwig Carl Meyer still lived in Paris when they purchased the Manor House, most likely it was their first purchase in that town. This followed by many other land purchases, including the land where the Park and Villa are now ...

I'm not positive, but I believe they lived in this house for a while. I believe it had belonged to the Church down the street to house the Ministers at one time...I'm still working on the validity of the story.

Information from the record office in Dresden shows first ownership by the Meyer's of the farmland and farms in Oberliederbach.

Seems that they had purchased land and property since Nov 1863 to Jun 1898. This included two story Houses, Farmhouses, Farmland, Barns, Gardens, Meadows, a Mill plus over 225 acres and land sites to build on,

Newspaper articles I have read questioned the involvement and ownership of this Villa and Park by the von Dietel's for years, questioning if in fact she was the granddaughter of Ludwig Karl Meyer.

Events of occupancy and ownership

What happened to the von Dietel Villa and it's occupancy during 1930 -1940's? From 1942 the building was first confiscated by a formation of the Nazi party (NSDAP) and then bought for the education of young people in the Nazi movement.

Then 1946 the Evangelical (Lutheran) Relief & Works Agency was in charge, there they lived with displaced families. From 1949 to 1953 a place for displaced local youth, and eventually returning soldiers. The last heir of the Villa, sold the farm, the mill and Park in the 1950s. By the year 1962 the Villa stood empty and then again changing hands, even to another name. I understand that it was or is now occupied by the Chinese General Consul. Written by Barbara Vogt in German, interesting information on Siesmayers Garden's...Written by a very knowledgeable person in the field of Gardens in Germany
Buy Now

Adele Meyer and Ludwig Carl Meyer sold to his sister Auguste Müller (Meyer) the Park, with a large Farm and Farmland, including the Manor House...From a mother's love, Auguste gave the land as a wedding gift to her daughter Adele Müller who married Alwin Woldemar von Dietel...they in turn built this impressive Villa and Park.

I believe one of Adele von Dietel's son's inherited the properties. Becoming the owner, he then sold it or had it occupied by several others.

The Park has been greatly enjoyed and appreciated by the Oberliederbach citizens ...They call it the Von-Dietel'scher-Park. Even though there is a mistake on this stand, it doesn't take away the recognition to Adele von Dietel...Luckily the Villa and Park are under Historical conservation.

Villa
John Saladino's powerful new book is nothing less than a master class in interior and garden design. Villa focuses on the stone ruin in Southern California that Saladino painstakingly refashioned into his dream house, and it shows how his principles and passions guided him through the five-year process of reconstruction, restoration, and decoration. With the aid of plans and drawings, as well as numerous photographs of the house — how it looked in the 1920s, shots of when he bought it, and snaps taken during reconstruction — Saladino traces the architectural work involved. Then, in a superbly illustrated tour of the house and grounds, he proves that he practices what he’s preached for more than 30 years. Juxtaposing light and dark, old and new, classical and modern, monumental and minuscule, hard and soft, Saladino creates the serenely timeless interiors and gardens that are his hallmark.
Buy Now
Click thumbnail to view full-size These photos were sent to me to show that the grave site for Adele von Dietel still exists. Also on the headstone is mentions her son Gert von Dietel...I believe she also had another son named Hans.

Italian Villas and Gardens: A Corso Di Disegno (Architecture)
A great book with amazing designs of Italian Villas and their Gardens. This certainly would be an essential book for those in the field of designing gardens and landscapes for the Italian Villa style.
Buy Now 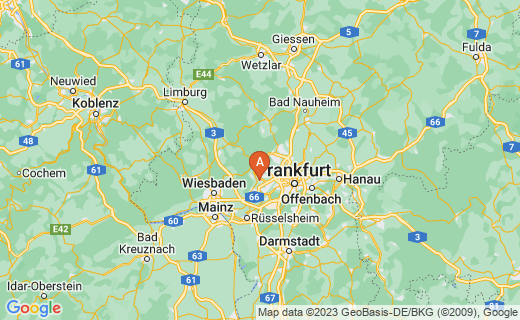 What you are is God's gift to you ~ what you do with yourself is your gift to God: Danish Proverb