One of the Best Pours out there....

What can I say, I meet more people that enjoy a cold Guinness than not. The fact that Guinness has been in existence for 250 years + and to have maintained it's popularity (or even grown more popular) is impressive! Got to love my bread loaf in a glass. Here are a few facts I found to be rather interesting.....cheers!

Bottoms up, grab a glass! 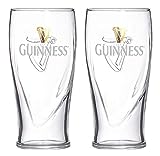 In fact, it is given to blood donors in Ireland, as well as some post-operation patients of stomach and intestine procedures.

Guinness is very popular in Africa

Nigeria and Cameroon are numbers 3 and 5 in this beer's market. Although in Nigeria, they have a sweeter version that comes from using sorghum instead of barley.

The original brewery in Dublin is said to have a haunted tunnel.

A tunnel leading from the St. James's Gate Guinness brewery to Dublin's River Liffey is said to be haunted....even ghosts get thirsty I guess.

The Guinness World Records are related to the beer company.

In 1951, Sir Hugh Beaver was a managing director of the Guinness Brewery, came up with the concept of Guinness World Records to solve bar arguments.

The yeast strain used in Guinness originated in Egypt....what a small world it is.

Guinness isn't THAT many more calories...

There are roughly 170 calories in a 160z pint of Guinness. Whereas, Bud Light contains approximately 143 and Michelob Light contains 177.Which means....go for the good stuff!

Canadians will drink about 2.2 million pints of Guinness on an average Saturday.

The founder of Guinness, master-brewer Arthur Guinness, has an unknown official birthdate and birth site. However, according to his gravestone in Oughterard, Ireland says he passed away on January 23, 1803 at age 78. So by doing the math, he would have been born in 1724 or 1725.

Guinness is good for you....really!

Guinness contains antioxidants that slow down the deposit that builds up on artery walls. It also contains a good amount of protein. One Guinness a day will keep the doctor away!

One of the many adverts to remember

Lovely day for a Guinness