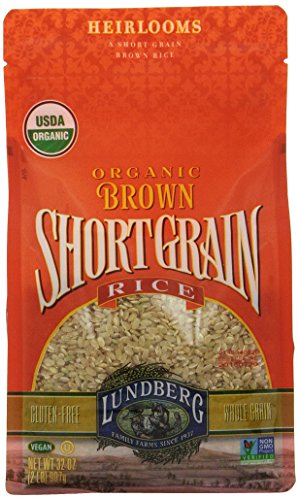 There are literally tens of thousands of different varieties of rice in the world. However, rice can actually be broken down into just three different types if you want to keep things simple. There is long-grain, medium-grain and short-grain rice. As the classifications suggest, the three different types of rice grains are categorized based upon their length as compared to their width. A skinny, long type of rice grain would be a long-grain whereas a round-ish grain that’s about as wide as it is long would be a short-grain.

Let’s get to know these three different rice classifications a little bit better:

Whereas long-grain rice is skinny and tall, short-grain rice is short and fat. It often looks round in shape because the width is so close in size to the length with this grain. Short-grain rice generally has a higher level of starch content than the other grains do making it a type of rice that tends to be sticky. For that reason it’s especially popular for rice pudding although it can be eaten alone or in other rice dishes as well. A popular example of short-grain rice is Arborio.

Once you get a good idea of what constitutes long-grain rice and what would be considered short-grain rice, you’ll also be able to identify medium-grain rice. It’s the type of rice that falls somewhere in between the two other grains. For example, a rice grain that is about three times as long as it is wide would be a medium-grain rice. Medium-grain rice is terrific in rice-based dishes such as paella and risotto.

Grains of Rice: The Exact Science

As an individual in your own kitchen, you probably aren’t going to need to measure grains of rice exactly to figure out which ones are long, medium and short. First of all, many of the packages of rice that you buy or recipes that you work off of will tell you which type of rice the one you need is. And secondly, you aren’t likely to be that picky. But just in case you are wondering, there is an exact science to the classification of rice grains.

According to the LSUAg Center website, rice grain classification is based on an exact measurement set forth in the USDA Federal Grain Inspection Service Grain Inspection Handbook. The measuring process requires laying fifteen grains ofrice side by side and then end to end to measure the ratio of length to width.The exact measurements that make up each grain classification vary depending on whether the rice is brown or white.

The Long and Short Of It

Although there’s an exact science to the measurement of rice grains, as a novice cook you really only need to know the basics. A long skinny type of rice grain will be less sticky and a bit firmer than a short, fat rice grain.