A Brief History Of Sourdough

Sourdough is the oldest form of leavened bread, dating back to the time of ancient civilization. The Bible even cites that the Israelites generally ate sourdough, but when they left Egypt in a hurry, unleavened bread was a must!

"So the people took their dough before it was leavened, having their kneading bowls bound up in their clothes on their shoulders." -- Exodus 12:34

Sourdough remained the only form of leavening until the introduction of brewer's yeast, which occurred sometime in the 15th century. Monasteries provided the crossover of brewer's yeast into the baking process, as the monks were skilled at producing both beer and bread. Rye breads continue to this day to be naturally fermented in the sourdough fashion, thus making sourdough a mainstay in many European cultures.

Sourdough bread became the bread of choice for those seeking their fortune in the California Gold Rush (1848-1858), and again during the Alaskan Gold Rush (1896-1899). When headed to the gold fields, prospectors skipped packing items such as yeast or baking soda, which were costly and hard to find. The most popular sourdough in the United States is San Fransisco sourdough. Boudin Bakery, still in production in San Fransisco today, can trace it's sourdough starter all the way back to the beginning of the Gold Rush.

The air around us is alive!

There are wild yeast spores floating around us at all times. If these yeast spores land on a source that supplies moisture and carbohydrate, the spores will reproduce and create a thriving colony. So, when a mixture of flour and water is left undisturbed for 2-3 days, the wild yeast spores create a unique colony of yeast.

Lactic acid bacteria also exists all around us. This beneficial group of bacteria include, lactobacillus, lactococcus and leuconostoc, bacteria used to produce naturally fermented food products such as yogurt, cheese, and sauerkraut.

Sourdough is the result of providing a healthy food source, along with a favorable environment, for a naturally occurring symbiotic colony of microorganisms. The yeast and bacteria in sourdough creates enough leavening to cause a loaf of bread to rise, all without the need for commercial yeast.

The acidity of the lactic acid in sourdough is favorable for the wild yeast, but unfavorable for other bacteria and microbes. This means that not only is the wet sourdough sponge resistant to spoilage, but the baked end product also has a longer shelf-life without added preservatives.

The microbes in sourdough endlessly reproduce as long as there is a sufficient source of carbohydrate. So, if the sourdough is regularly fed, a starter can last indefinitely. This is how some sourdough starters have been handed down from generation to generation.

All those microorganisms that live in sourdough not only make tasty baked goods, they work at a chemical level to change the nature of the dough. After the yeast and bacteria have had a go at the carbohydrates in the flour, the resulting sourdough is higher in nutrition and more easily digested.

Here are the top four reasons to make sourdough your dough of choice.

The human gut has it's own colony of microorganisms. Eating foods that have beneficial bacteria, sometimes called probiotics, helps maintain a healthy gut, which means better digestion, leading to improved overall health.

Some of the probiotics survive the initial baking process, making sourdough baked goods a natural source of healthy bacteria for the gut. However, toasting, reheating, or baking thin crisp products, such as pizza dough or crackers, will kill all of the beneficial microorganisms.

So the next time you want to make a sandwich or break a loaf of bread with your pasta, choose a sourdough bread to treat your gut to a healthy treat.

Gluten is a combination of two proteins naturally found in wheat, rye, barley, and triticale. This magic protein combo is what makes dough sticky and elastic, and determines the texture of baked bread. Although gluten is found naturally in cereal grains, some bakers add additional gluten to improve a baked good's texture.

Most people can tolerate gluten, but there are those who have an intolerance for gluten. This autoimmune condition is called celiac disease. Approximately 1 in 133 people in the United States have an intolerance of gluten. Other's suffer from non-celiac gluten sensitivity causing discomfort sufficient to merit the removal of gluten from the diet.

However, due to the fermentation process of sourdough, gluten contained in the dough's flour is broken down. Depending on the fermentation time, sourdough baked goods have a greatly reduced amount of gluten, and sometimes are even completely gluten free. To ensure optimum time for gluten to break down, choose a sourdough bread recipe that uses no additional commercial yeast and allow the bread to rise 8-10 hours. Preparing sourdough in the evening and allowing it to rise overnight, means a warm crusty loaf in the morning.

The ability of the sourdough process to break down gluten is so efficient, a study conducted in 2010 found that celiac patients could consume properly fermented wheat flour products without ill effects. People suffering from non-celiac gluten sensitivity have also reported an ability to enjoy sourdough baked goods without any negative side effects.

The ancient sourdough method of baking bread is a great way to economically reduce gluten in your family's diet without the need to buy special products.

Understanding The Glycemic Index Of Foods

The sugar content of sourdough is lower. Why? Well, that lactic acid bacteria responsible for the sourdough's fermentation consumes carbohydrate in the flour, thus lowering the overall sugar content of the dough. Because of this, sourdough baked goods promote a more favorable glycemic response.

It is not just diabetics, or hypoglycemics that benefit from improved glycemic response. A perfectly healthy individual benefits from a lower spike in blood sugar as well. When we eat foods that have a less significant spike glucose in the blood, our hunger is satiated longer, our energy lasts longer, and we avoid the exhausting glucose crash that can occur after consuming high sugar foods.

Cereal grains contain phytic acid, which inhibits the absorption of nutrition naturally found in the grain. Phytic acid molecules bind with minerals such as calcium, magnesium, iron and zinc, making them unavailable for absorption during digestion.

The wild yeast present in sourdough, predigests the phytic acid found in the flour. This allows the bread to more easily digested and improves the nutrient bioavailability of the naturally present minerals.

Creating Your Own Sourdough Starter

Some people make a sourdough starter, called a sponge, 2-3 days before each time they wish to bake. However, the best tasting sourdough products are made from continuous sourdough. By regularly using and feeding the sourdough, the original starter will be viable and ready to use indefinitely. Simply keep your sourdough in a glass container at room temperature in a place that it won't be disturbed. Add equal parts tepid water and flour to feed your starter at least once a week. 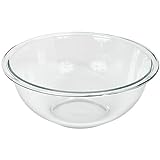 Using And Storing Your Sourdough

To use a continuous starter, expand the sourdough the night before baking by adding equal parts water and flour to equate the amount of sponge, or sourdough mix, your recipe calls for. Loosely cover your sourdough with plastic wrap and place in a warm spot overnight. Be sure to remove and reserve your original starter amount, a minimum of one cup, before you begin your recipe.

Always be sure to keep the sourdough loosely covered with plastic wrap, never create an airtight seal. The dough needs exposure to air and the carbon dioxide released by the bacteria needs to escape the dough.

As stated above, the sourdough may be kept loosely covered on the kitchen countertop for frequent use.

However, if the sourdough is not going to be used often, it may be stored loosely covered in the refrigerator. The cooler temperature will slow the bioactivity of the microorganisms, thus extending the time period between feedings to every 2-3 weeks.

Do not forget that the sourdough is a living thing. The colony of yeast and bacteria needs a sufficient supply of carbohydrate and moisture to remain healthy. Every time you expand the sourdough for baking, the supply of carbohydrate is refreshed. If you are not baking weekly, be sure to feed a sourdough kept at room temperature at least once a week by adding equal parts water and flour. Feed a starter kept in the refrigerator at least every 2-3 weeks.

Some Sourdough Recipes To Whet Your Appetite

The following recipes are a great way to start using your new sourdough starter. Just click on the desired link and start baking!