The Sppoky Gaunlet to Procure A Prized Halloween Treat

As Halloween approached the neighborhood, we would all begin to ask about the treats that were to be given out at our individual homes. I would be asked by everyone on the school bus if my Grandmother was handing popcorn balls out. Plans would be made by the neighborhood children on how to get to her house early to ensure one would be dropped into their goodie sack. Her house was a bit out of the way from the rest of the neighbors. She lived on one end of the small private street, up on a hill and for a kid trying to get to as many houses as time would allow, a bit away from the other neighbors.

Grandma’s driveway was long and dark. On most nights it was just a driveway like any other but on Halloween; it became a spooky walk to the golden prize. You had to first walk between two pillars made from stones found around the yard, painted white and patched together with cement. Next was the stretch of dirt driveway that passed by the Charles River. The reeds would rustle in the gentle breeze, sending thoughts of goblins hiding just out of sight. Your step would quicken, your eyes darting for the candlelight in front of the porch at the top of the hill. All that was left to get by was an old tree silhouetted in the moonlight that brought notions of the headless horseman coming around the bend. When your foot hit the first step, all thoughts would leave your mind and just the smell & taste of the popcorn ball would come in to fill all of your senses.

Pumpkin grins flickered, greeting you on the top landing as you reached to open the porch screen door. The porch would be lit a yellowish orange due to the wall lantern now contained a bug lite light bulb. Reflections of the pumpkins would be distorted in the antique glass windows that surrounded the porch. As the tallest member of the group reached up for the door knocker, you would hold your breath waiting to yell out, “Trick or Treat!” Grandma would pull the door open wide so you could glance at the card table she had decorated with either spiders, mummies, a black cat or cobwebs. In the center of the table was the bowl of hand wrapped popcorn balls you have been dreaming about all week long.

What was the best candy in your goodie bag?

4.6 stars from 5 ratings of Popcorn Balls 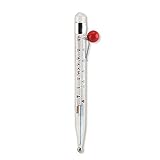