A brief history of vodka and how to host a vodka tasting.

Graham is a former chef and food stylist with a passion for all things food-related. She has also never been known to decline dessert.

According to many sources, vodka has been around since prehistoric times and it's origins tend to be a bit mysterious. Both Russia and Poland claim that they were the first to introduce the spirit, but others, including Finland and Persia, have also taken the credit.

The word "vodka" translates as "dear little water". It was originally distilled from rye, although vodka can be distilled by using almost anything fermentable. Most vodka distilled today use grain, corn particularly, and produces a clear liquid that remains very popular with Eastern Europeans and many others around the globe.

Vodka's characteristically light, slightly oily texture was not always so refined. In ancient Russia, there were three different vodkas being made. There was the good, the better, and the even better vodkas. The difference in each of these vodkas was the distillation process. Soon, stronger types of vodka were being made by distilling them twice or more. Eventually, vodka would be distilled multiple times then filtered through vegetable charcoal creating a very high proof, crystal clear spirit.

Prior to the first true liquor distillery in 1782, vodka was made in the homes of nobles and medieval monasteries. The Russian tsar Ivan 'the terrible' established his own franchise of taverns and ensured that all the profits made from vodka were given to the imperial treasury.

In 1546, King Jan Olbrecht allowed his citizens of Poland to make their own vodka. Within a short period of time there were an estimated forty-nine commercial distilleries in the town of Pozan, which to this day, remains a major vodka producer.

Eventually, vodka was in introduced to America and has since become the most popular spirit. 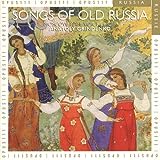 During the Middle Ages, vodka was used for medicinal purposes. It was also a key ingredient to making gunpower. It's of no surprise than to learn that vodka contained many impurities. To mask these impurities the distiller would flavor the spirits adding fruits, herbs and spices.

Although there are many flavored vodkas sold on the market today, the concept is certainly not new.

Depending on the number of guests, you'll need 5 bottles of spirits. Your pour should be one-half ounce or one full ounce.

Don't forget to check your local distilleries for spirits produced in your area. We recently hosted a vodka tasting including a bottle of General John Stark vodka. Flag Hill Farm & Vineyard is situated in Lee, New Hampshire.This working vineyard began producing vodka, in addition to their wines, due to the abundance of local produce, mainly apples. According to the folks at Flag Hill, there are 300 apples in each bottle of General John Stark vodka.

If you're going to encourage discussions regarding each tasting, I'd suggest getting some information on each of the bottles that you purchase. If one vodka is made with potatoes and another with rye, perhaps that is a topic for debate. Maybe you'd like to try vodkas from different parts of the world. Having your guests observe the various colors and opacity of the vodka is a good way to break into conversation.

Similar to wine tastings, you want to swirl the liquid in the glass to observe it's thickness and release it's aroma. Hold the glass under your nose and breath in the fragrance. When you take your first sip be sure to coat your entire mouth. Take note of how the vodka feels on your tongue and how long the taste lasts.

Offer your guests small slips of paper to jot down a few notes. When your tasting is complete, your friends will be able to recall their favorites.

The menu for your vodka tasting can be as simple or as complicated as you'd like to make it. For me, the food is equally important to the sprits being served and so I decided to create a buffet of foods that echoed vodka's heritage.

Melt half of the butter in heavy large skillet over medium-high heat. Add onion and sauté until pale golden. Add garlic and continue to cook for about 1 minute. Add chicken livers, and marjoram; sauté until livers are no longer pink inside.

Rather than prepare your own smoked salmon, purchase about a pound at your local market and save time. Arrange salmon onto a platter and serve with diced red onion, capers, slices hard-boiled eggs, cornichons and a dark bread cut into slices.

Beluga lentils are a stunning black color. To prepare them, you can use any lentil recipe that you may like. I simply boiled my lentils with vegetable stock and a pinch of salt until tender. Drain. Season with salt and pepper. I like to drizzle a small amount of olive oil over the lentils to make them glisten.

For the fish, I broiled tilapia, which I seasoned with salt and pepper. Once cooked through, I placed a small bite of the fish atop a few tablespoons of lentils.

There are so many delicious ways to serve oysters, but for this vodka tasting the best way for me was to serve them shucked with a bit of lemon. For my guests that preferred a little something more, I made a very simple mignonette (which is just a fancy way of saying vinaigrette).

Stir ingredients together and let stand for 30 minutes.

This is such an easy, albeit slightly time consuming, way to make your vodka stay nicely chilled. Cut the top off a milk carton. Place the bottle into a fully opened cardboard half-gallon milk carton. Insert flowers or thinly sliced fruit around the bottle, filling one third of the carton. Pour water into the container, just covering the fruit and flowers. Place the carton upright in the freezer. When the liquid is completely frozen, add another layer of fruit and very cold water, and freeze. Repeat, filling and freezing a third of the carton at a time, which prevents all the fruit and flowers from floating to the top until the water reaches the bottle's neck. Remove from the freezer when it's time to serve the vodka: Cut away the milk carton with a utility knife; wrap a dinner napkin around the bottle's base to avoid any messes, and serve the vodka with slices of lemon zest tied in knots.

I've done this several times for catering events and I've used cranberries and pine bows during a winter wedding once which was visually striking.

Maybe you'd like to show a movie during your vodka tasting. Here are a few screen classics that helped make vodka the most popular spirit in America:

The Sin of Harold Diddlebock, 1947 (The Diddlebock, a vodka concoction, was soon to become Harold's sin)

The Big Lebowski, 1998 (consumed his vodka with kahlua: White Russian)