The author grew up in Mercer County, New Jersey and after moving from the area in 2005, still returned to the area regularly until 2020.

Some places seem to have been around so long, it's as if they have always existed. One of those places for me is Freddie's Tavern in West Trenton, New Jersey, a short walk from the SEPTA West Trenton train station. I grew up in Trenton and I can honestly say that I don't remember it not being there. Freddie's, for me, is a place that, when I lived in the area, I would go when I wanted a special meal or if I wanted to eat out with a good friend or visitor or relative who traveled a great distance. For other locals it was a place they would go regularly. Some would go to enjoy the bar with it's televisions and sandwiches and others for the regular dining room. It attracted the people who wanted to enjoy a meal "out" every week after going to Mass on Saturday evening as well as those who wanted to celebrate something or just get together.

I ate at Freddie's many times and a memorable recent visit was on a Friday evening in 2014. This was the start of a weekend and it was also too hot and humid for many people to cook, so the place was rather busy. While reservations are not required, they are available. To avoid a possible long wait for a table, I would have recommended them if you planned on eating there on a Friday, Saturday or Sunday. I had a reservation for 2 people at 7:00, which I thought would mean it would be less crowded. That was not the case this time.

For a business to draw such a crowd, especially in a tough economy when people are not as willing to part with their hard earned money, they must have had something that people wanted. It may have been the food, it may be the atmosphere and it may be a comfort of good memories from earlier in life, or it may be a cocktail of all three factors. From my memories, I can understand why Freddie's was such a place. An example of a typical meal I would eat there would be starting with a beverage from the bar, then a salad and penne pasta (which I often called pencil points.) I am now hungry as I recall their tomato sauce and grated cheese! That would have been a meal in itself, but then came the main entre, such as chicken picatta. At the end of the meal, I was never hungry and would often carry home leftovers and have 1 or 2 more meals from that.

The last time I ate there was in March or April of 2017. I had moved from New Jersey years before but would still come back every few weeks or months. I had come home for a family emergency. After leaving the hospital after visiting hours, fortunately Freddie's was still open, so I stopped in the bar and got a meatball sandwich to go. Even though the circumstances were far less than ideal, the food was still superb.

Photo of a menu 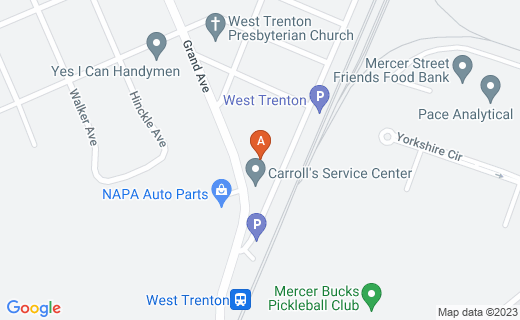 Memories and Moving On

Sadly, Freddie's closed in 2019, so all that remains now are the fond memories and photos. Hopefully there will be another inspired small business owner to come along with the right talent and atmosphere to fill the void. Like when your cat of 17 years dies, the loss is painful (in this case to the community) and while a nice substitute may come along in time, it will never be quite the same.

Thanks for the memories.

More Information on the Closure