Advantages and Disadvantages of Organic Foods

What is Organic Food

According to the United States Department of Agriculture (USDA), organic food includes:

Organic foods include fruits, vegetables, fishes,diary products and meats that are not processed or refined. Although pesticides fight against pests and help maximize profit, they cause many implications to the health of consumers. To reduce the risk of health problems associated with chemical riddled foods, organic foods have emerged as the alternative choice. Organic foods are produced using natural fertilizers; manure and farming systems which help conserve soil and water. Now that we have an understanding of what food should be labelled organic, we want to look at the advantages and disadvantages of organic foods.

Organic foods have many advantages which make them better than conventional foods. Below are some benefits that one can derive from organic foods.

Although organic foods have many advantages, they also have disadvantages which are given below:

2. Organic foods don't last long since they do not contain preservatives. Non-organic foods last longer than organic foods. Preservatives help food manufacturers and at times consumers to store food for longer time which helps them to save money.

Organic foods can be classified as follows:

• Organic Vegetables and Fruits: These are vegetables and fruits which have been produced by organic agriculture. You don’t add chemicals like pesticides, inorganic fertilizers to produce them. They are natural and fresh.

• Organic Dairy Products: Dairy products which are classified as organic are produced from animals which are raised by organic means. They are safe to use and help keep the body healthy. Organic dairy products include products like milk, ice cream, butter and cheese.

• Organic Fish and Meat: Fishes are considered to be organic if they are reared in fish ponds so that they are fed with organic food. Since fishes found in water bodies such as seas and rivers sometimes feed on inorganic food, they are not considered as organic fishes. Organic meat is produced by animals which are fed 100% organic or natural food. They are not genetically modified. They are not given any hormone stimulants that may cause them to grow bigger.

How to get cheap Organic Food

A short video showing the benefits of organic foods 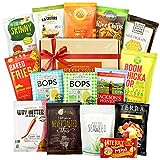