An Introduction to French Wines

An Introduction to French Wines

When you think of wine, the first country that comes to mind is France.

Burgundy, Bordeaux, Champagne and Beaujolais are just a few of the French wine regions that are known throughout the world. Cabernet Sauvignon, Chardonnay, Pinot Noir and Merlot are French Grape varieties that are grown in most wine producing countries.

Here is a list of ten things that you should know about French wines:

2. France produced 1,735,000 more liters of wine than it consumed in 2010. Hence it is a major exporter of wine to countries all over the world.

3. The per capita consumption of wine in France is 45.7 liters per year, which is more than twice that in the UK (21.6 liters) and almost five times as much as in the United States(9.4 liters).

5. There are ten major wine-producing regions in France if you list Beaujolais separate from Burgundy. Seven of these regions produce most of the quality wine that is exported from France. Wines from Languedoc-Roussillon. Provence and the South West region are mostly consumed in France. Recently, because of the high cost of French wine, more of these wines are being exported.

6. French table wine falls into one of four categories. Based on the 2005 vintage, the quality breakdown was:

For the most part, you should only purchase AOC wines.

7. French wines are labeled according to the specific locations where the grapes are grown rather than by grape variety. The Appellation d’ Origine Controlee (AOC) system defines which grapes and winemaking practices are allowed in each of France’s several hundred geographically defined appellations. If a French wine label lists the grape variety, it is an inferior wine.(Alsace is an exception)

10. French wine vintages vary greatly from year to year although modern winemaking techniques have eliminated most of the disasters that used to occur. You really need to consult a vintage chart because quality can vary considerably between years, between regions and sometimes within a region if more than one grape variety is being grown.

The following map shows all of the wine ptroducing regions in France including Cognac and Armagnac which grow grapes primarily to make brandy.

The following table shows the ten most important wine regions in France and the principal grape varieties that are grown in them.

It also gives approximate acreage in each region in hectares and their typical annual wine production in millions of bottles.

Based on wine production, Languedoc-Roussillon is the largest with 39.1%. Bordeaux is next with 16.6% and Cotes du Rhone is third with 8.8%.

The smallest regions are Alcase and Provence, each with 3.2%, closely followed by Burgundy with 3.5%.

MAP OF THE FRENCH WINE REGIONS 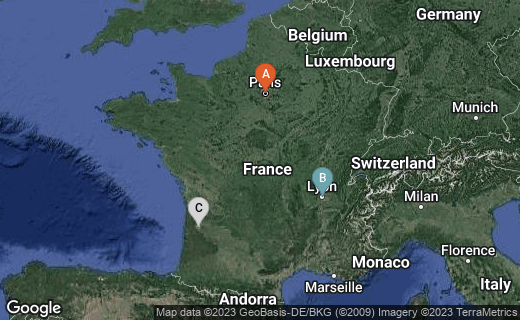 HOW TO READ A FRENCH WINE LABEL

A French wine label can be somewhat complicated to read.

Instead of being based on the grape variety used, it is based on the region, village or even the specific vineyard where the grapes were grown. In addition, the information provided can vary somewhat from region to region.

Generally, grape varieties are not listed for AOC wines but Alsace is a notable exception.

The vintage in which the grapes were grown is always listed except for Champagne, which produces non-vintage blends in most years.

In general, you should select the AOC region and/or specific vineyard first and then the producer. Of course you need to make certain that the vintage was from a good year

You really need to study the labeling information for each specific region before you buy wine from it. It varies considerably.

How to Read a French Wine Label

SOME CALIFORNIA AND FRENCH WINE LABELS

Wine vintages are particularly important when buying French wines. Some years are definitely better than others and there are usually only 2-3 outstanding vintages in a decade.

Wine quality varies from year to year and from one wine region too another. Due to different blends of grapes in different areas of Bordeaux, St. Emilion may produce better or worse wines than the Medoc in any given year for example. (Merlot grapes can ripen earlier than Cabernet Sauvignon)

I have provided a link to a wine vintage chart maintained by Robert Parker, a noted authority. Still it provides only average ratings based on the wines that he has tasted and ther are always exceptions. 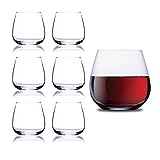