All About Bananas - History, Politics, Recipes And Medicinal Value

The Bananas Of Time

While we may see three types of bananas in our local groceries - regular (to Americans), red-skinned, and tiny midget bananas - there are several additional types of this famous fruit and its cousins. Hundreds, really.

Where did they all of these bananas come from? Perhaps several places -- Perhaps the original banana is even from Australia.

The earliest recorded writings about the banana seem to be found in the period around 600 BC or earlier in India. Several different varieties were growing in the wild three and records say that they were all nasty and tasted bad. Some even made people sick. 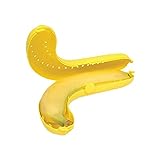 The local agriculturalists in India experimented with cross-breeding wild varieties of bananas, but came up with new plants that could not reproduce. Not one of these hybrids could produce new plants. The plant growers found that they would need to cross-breed old plants (heirloom plants, if they were tomatoes) time and time again for each new edible banana crop they desired.

It was too much work.

However, growers persevered in India and came up with a hybrid that produced off-shoots (suckers) that could be planted to grow into new banana trees full of fresh bananas. The delicious edible banana may be the first scientifically produced food.

Supposedly, the good banana found its way eastward with Alexander the Great and his armies between 400 - 300 BC, and it appears in Chinese literature from around 200 AD to the present day.

Purdue University scholars believe that the banana actually originated in Australia and the surrounding regions.

However, the banana, like mankind, finally migrated westward as well as eastward and ended up also in Africa. From there, it likely hooked a ride on to the Canary Islands, Central and South America, the Caribbean and to other parts of the Western Hemisphere in the ships of Spanish explorers. Along the way, other hybrids were created, along with some natural mutations. This also occurred in China and today there are many bananas, as well as several cousin plants.

Somehow, a Chinese banana took a trip to England and became the Cavendesh Banana, named for an important family there. This banana became the great grandaddy of all commercial bananas sold in the 21st century. The world enjoys at least 20 different kinds of commerically grown bananas.

However, there are over 300 different types of bananas altogether in the world. 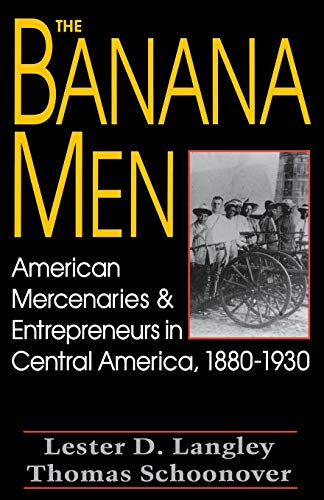 The United States of Banana

Bananas were not actually eaten very much in the USA until around the time of the Civil War. Before that, they had been considered exotic and rather strange.

With industrialization and reconstruction of the nation following the Civil War, transportation and shipping improved, as did the grocery business (an improvement on the general store and the small market) and foreign trade, Bananas become a much sought-after commodity. The United Fruit Company in America led the way to banana business success.

In 1871, a railroad was built by the young Industrialist Minor Keith from America, all the way down in Costa Rica. Many men died while building it, including Keith's two brothers. He gathered power in Costa Rica and took control fo three banana businesses. Then he became partners with a sea captain and a Boston businessman and created the combined United Fruit Company, merging other banana concerns.

Keith built more railroads to transport bananas and other goods and his efforts were supported by radical right-wing dictators. Many more lives were lost on the railroad and in political uprisings..

The countries containing the railroads eventually overthrew their dictators during World War Ii and became free. This cramped the style of Keith and his banana business, so the United Fruit Company finally complained to US President Dwight D. Eisenhower that Communism was on the loose and spreading in these countries during the Cold War.

Interestingly, the head of the CIA, Allen Dulles, had been on the UFC's board of directors. A political campaign called "The Kremlin Hates Bananas" increased banana sales in the US and more and more of the fruit was imported. Sales and profits increased for Keith and the UFC and likely some US government officials. Perhaps, during the MCCarthy witch-hunts, Americans were afraid NOT to eat bananas. It was un-American!

Later in the mid-20th century, UFC experimented with fungicides and other plant chemicals that were detrimental to human health. They fought against unionized labor as well, even though living conditions of the banana workers were horrid. This is where the term "Banana Republic" was coined -- In fact, UFC work led closely with the Guatemalan government to keep things that way.

After time passed UFC began to lose money and Del Monte bought their lands. Today Del Monte is a name associated with the banana, and fruits and vegetables in general.

All parts of the banana plant can be used as medicine.

Just a few of the many uses of bananas for healing include:

Serve any of these recipes as either a side dish or dessert. For a dessert, top with honey, powdered sugar, syrups, or even brown sugar and cinnamon. For a side dish, dip in yogurt or your favorite dipping sauces.