Updated Now with Lemon Zest -- Makes an Even Better Sauce

AN UPDATE: The engine builder has decided to add lemon zest to this recipe and to another, as yet unpublished one: his recipe for chicken piccata. It is actually my favorite of all his recipes, and I will publish it soon.

This is the basic light lemony white pasta sauce recipe from the racing engine builder. In this case, I use the word "light" to distinguish between thick, heavy sauces and lighter, more brothy sauces. This is a quick, easy, and light lemon-garlic pasta sauce that is both delicious and good for you. If you don't care for a true broth-consistency, this sauce can be made a bit thicker by adding extra corn starch or arrowroot. It takes only about 30 minutes to make. I especially like it, as I love anything lemony. This is a dish my husband created. It's also one of the recipes I converted to a lower fat, lower sugar, and/or lower sodium version of the original. This one needed very little in the way of changes. We often use it on fettucini and bowtie pasta, but this recipe is light enough to serve over angel hair pasta, as well.

This recipe is very similar to another one I have published on HubPages called Shrimp and Pasta, but this one is designed specifically for vegetarians. To make it vegan, simply leave out the tiny amount of butter and the parmesean cheese. We serve this dish over pasta, and with a nice salad, it makes a healthy, filling meal. Another nice thing about this dish is that it leaves room for dessert!

We Both Love to Cook

I thought I was a good cook until I met and married this man...

My husband and I have enjoyed cooking together since the early days of our marriage. At that time we were living in Michigan, each of us waiting to sell our respective homes in Alabama, so we had no money for going out or doing tourist things. We entertained ourselves by "playing" with our food, and actually invented a few recipes about that time. Our one big expense during that time was a set of Calphalon Cookware, that we still use, over 20 years later; and we've added a few pieces over the years.

As he advanced with NASCAR teams (his second career) he was too busy with the Sprint and Busch (later Nationwide) race teams for which he built engines, and I was in grad school. So until lately, we haven't had time for experimenting in the kitchen, but now we are enjoying it again.

My Changes to the original recipe.

This time, instead of re-printing the entire recipe, I will simply list my suggested changes for you. These are tiny, but significant changes to an already light recipe. In fact, they are so tiny, you may see them as unnecessary. Those of us with a strong family history of cardiovascular disease know we must cut fat and calories whenever we can. If you are in good health (I mean not overweight, no heart disease, etc.) you may not need to make these changes. Only you can make that decision for yourself and your family.

Begin by chopping the peppers and onions. Set them aside.

Begin heating the olive oil before adding other items.

While the oil is heating, juice your lemon. You can dip out the seeds with a fork, or pour the juice through a tea strainer to catch the seeds. The only problem with using a strainer is that it also catches the pulp. That may be fine with you, but I like the pulp in my sauce.

The Update -- Grating the Lemon

Adding lemon zest to the sauce greatly enhances the flavor. I like to use a small hand-held grater like the one shown here to grate the lemon zest. You can buy lemon zest anywhere herbs and spices are sold, but there's nothing like fresh lemon zest for flavor.

In this photo, you can see that I made the mistake of cutting and juicing the lemon prior to grating it. I will not make that mistake again. It's much easier to grate a whole lemon than trying to grate a hollowed out half.

By now, your olive oil should be hot. It's time to add the garlic, peppers, and onions. Allow them to wilt. You can also add the butter pat at this point and let it begin to melt.

The Wine, Herbs, and Other Ingredients Are Added

After wilting the garlic, peppers, and onions, it's time to add the wine (if desired) and the remaining ingredients. The parmesean and dissolved corn starch will add thickness, as well as flavor. Then let simmer until the alcohol has had time to cook off. 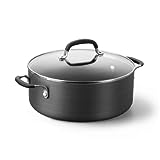 The Finished Sauce, Ready to Serve With Your Favorite Pasta.

What is your favorite pasta sauce?

Just open your pantry and spice

cabinet, then use your imagination.

Take This Poll About Herbs

What is your favorite herb when cooking?

The Polaroid below shows this recipe with more colorful veggies added. It also shows shrimp, but the photo was so colorful, I couldn't resist including it. Vegetarians and Vegans, please forgive.

Do you like white pasta sauce or red sauce? With wine or without? Spicy hot or mild? Please leave your comments or ask a question, if you have one. If you try this, or any of my recipes, please check back and let me know how it worked for you.

Thank you for visiting this page. I hope you enjoyed it.