How To Remove Gas From Beans

Ask any child old enough to recognize a plate of beans what the likely consequence of gorging on them will be, and you most likely receive a knowing smile that stretches from ear to ear and back again. Let's be frank, there is an infamous connection between beans and an uncomfortable predisposition towards horrible flatulence.

This article seeks to alleviate discomfort by suggesting ways to cook and prepare beans with an emphasis on removing their barbs without compromising flavor and taste.

A foundation of flatulence

Unfortunately, the preface for any bean enthusiast lies mostly in the invisible world of chemistry and biology. So, without fear or favor, we address the first question as eloquently as possible:

Why do beans cause bad gas?

Beans contain oligosaccharides, which are very large molecules which the human body is not able to break down because it lacks the necessary enzyme. Thus, these molecules travel all the way down the gastrointestinal tract without being broken down by the lining of the small intestine. Ultimately, the large intestine breaks the molecule down into gases, which, to put it mildly, have only one exit strategy - the rectum.

How do we remove gas from beans?

If we're using dry beans you're going to want to soften them up by doing the following:

The following procedure may appear lengthy, but it is free and is generally regarded as being an effective "cure" for intestinal unpredictability. For those who need a last-minute or less intense approach to a drama-free cuisine session, third-party solutions offer solace as well:

Beans contain an incredible number of useful traits. They are high in Iron, a great choice for anemic people, they also contain folate carbohydrates and protein. The relatively mild number of calories in beans, while providing a veritable umph of energy, make them a great all-round dietary choice.

Different types of beans may be used, although I personally prefer black beans. After digging around cyberspace for a while, I decided to act upon a particularly inviting suggestion by the iFood network which can be read in full here.

Preparation is as follows as detailed by the original article hosted on iFood:

1.Heat oil in 4-quart Dutch oven over medium heat.Cook onion and bell pepper in oil, stirring occasionally, until tender. Stir in beans, ham and 1 teaspoon of the chili powder. Heat to boiling; reduce heat to low. 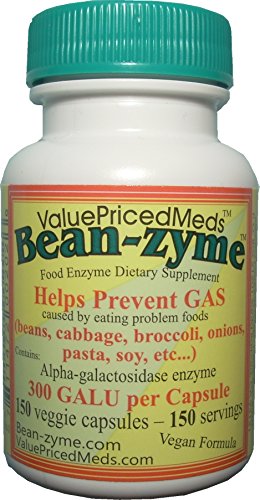 Removing gas from beans by soaking, boiling and rinsing is a myth - There seem to be different contrasting opinions on this. While researching the phenomena, it is clear that the process does indeed remove the gas, it is the amount that is debated. I advise a common sense approach to the issue. Try it yourself.

Removing gas also removes nutrients - Patently false. The California Dry Bean Advisory Board have concluded that if anything, soaking the beans preserves the bean's valuable nutrients as well as increasing cooking times.

The beans do not soften - Different beans require different soaking times. In this article's case, black beans require a substantial amount of time to soak adequately. The general rule of thumb is that all beans require at least several hours, optimally, an overnight soak is best.

Please browse the following table to get a better idea

The procedure for removing gas from beans can be used in just about any recipe, giving you the freedom to emply beans as a staple in your diet (an almost necessity for vegans and vegetarians) without having to sweat the side-effects. I hope you enjoyed this hub, and I look forward to receiving and comments or suggestion you'd like to add. I'd love nothing more than to incorporate them here!

Have you ever known moments of terror thanks to beans?