How to Make Benedictine Cucumber Spread - A Kentucky Tradition

Benedictine is a delicious cucumber sandwich spread used to make tea sandwiches. This recipe was created by a Kentuckian and many Kentuckians have their own family recipes that they haul out for family get-togethers and other special occasions. Benedictine is a “must have” on any Kentucky Derby Party menu.

It is important to understand that Benedictine is in no way connected to the religious order, nor does it make use of the French liqueur, also known as Benedictine.

Also remember, it “must” be green, or it just isn't Benedictine!

Benedictine was developed in Louisville, Kentucky by Jennie Benedict (Miss Jennie), a Louisville caterer, sometime around the turn of the century. Miss Jennie was a significant force in the Louisville food and business community.

Born in Louisville, Kentucky in 1860, Miss Jennie trained with the famous Fannie Farmer at the Boston Cooking School and returned to Louisville to open her catering business in 1893. She began her business in a small kitchen built in the backyard of her home. She eventually did so well with her catering business that she was able to move to a larger kitchen in downtown Louisville in 1900. She later opened her own restaurant, Benedict's, which was very popular with Louisville clientele.

Jennie Benedict retired to her home "Dream Acre", on a bluff overlooking the Ohio River, in 1925 and wrote her autobiography, "The Road to Dream Acre". Jennie Benedict died in 1928 and was buried in Louisville's Cave Hill Cemetery.

Jennie Benedict’s work defined early 20th century middle class cooking in Kentucky and her legacy continues to be found on restaurant menus and served on home tables across the state. Miss Benedict wrote her “Blue Ribbon Cook Book” in 1902. Many of the recipes contained in this cookbook are considered classics, such as Waldorf Salad and Parker House Rolls; many are considered Kentucky Classics. Interestingly, Miss Jennie did not include her recipe for Benedictine in her 1902 Blue Ribbon Cook Book, nor in any of the following three editions published in her lifetime. The recipe for Benedictine is first included in the 5th edition of Blue Ribbon Cook Book, introduced by Susan Reigler, published by University Press of Kentucky in 2008.

In 2009, the Louisville Courier-Journal published a recipe that they identify as the Benedictine recipe Jennie Benedict would have most likely included in her cookbook, if she had been inclined to do so. I find the recipe far too salty. If you plan to try this recipe, I recommend that you begin with 1/8 teaspoon salt, then increase salt to taste.

You will also find Benedictine recipes that utilize the cucumber and onion pulp rather than just the juice. These are actually quite delicious as well, but perhaps merely "cucumber sandwiches" rather than the delicate Benedictine spread created by Jennie Benedict.

Here is my family's traditional Benedictine recipe. Please note, that we typically ignore tradition and do not dye the spread green for home use. We find the color a little off putting.

This is wrong; we know this and we apologize heartily to Miss Jennie. At Derby time, however, we do honor tradition and use a drop of green food coloring to give our Benedictine sandwiches the green hue that is expected.

Please try, then rate this recipe!

5 stars from 1 rating of Benedictine Spread 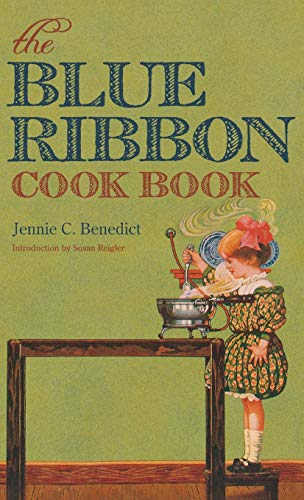