Ms. Inglish was a busy restaurant manager and supervisor for several years. She even made Big Macs and taught others how to do it!

Big Mac® is a registered trademark used for Restaurant Services and owned by McDonald's Corporation.

A Trademarked Sandwich Is Protected in 1982

Did you know that a sandwich can be legally trademarked?

Big Mac® is a registered trademark used for Restaurant Services and owned by McDonald's Corporation.

The registration number for this sandwich is 1331342 and the trademark application was filed on September 29, 1982. This was 15 years after its invention in Western Pennsylvania and during the time I worked as a manager of company restaurants in Ohio.

The mark is actually a Service Mark (SM) and ® is also used. The pending trademark became fully registered fully on April 16, 1985.

From 1982 to 1990, McDonald’s spent $10.5 million in advertisement for the “Big Mac” and became concerned that the Big Mak would dilute Big Mac sales and market share. Worse, the perpetrator was a McDonald's Franchise owner. At the end of litigation, the violators of the trademark were instructed to cease and desist and to pay damages to McDonald's Corporation.

Not a Big Mac

Among franchises and company stores alike across the USA, McDonald's Corporation menu items are among the most consistently prepared and assembled among food chains. Overall, they taste and look good in the minds of many consumers.

Raw ingredients are purchased in bulk by national region to ensure consistency. At one time in the early 1980s, the company purchased and/or owned 75% of all potatoes grown in the USA!

A local establishment in my area advertised a burger recently that was "just like the Big Mac®", but the owner-manager included a stock photo of a diner's sloppy double cheeseburger with the advert. In short, this was a Mac with some missing parts.

The ad fooled a number of readers ad customers, but I laughed out loud. The error - or carelessness - was entertaining. I recalled that making too many Big Macs incorrectly or sloppily was grounds for dismissal up to around 1990.

Changes in the Real Big Mac

As a McDonald's manager, I helped prepare an average of 225 or more of these sandwiches during every "lunch rush" of about 75 minutes. That calculates to over 300,000 Big Macs during my tenure.

These days, a sizable number of consumers are not fully informed about the preparation of the sandwich, often mixing the processes of other fast food chains into the assembly line at the grill in their minds.

I can tell you exactly how we made these items in company-owned restaurants in my city - the only changes over the years include changes in some ingredients and ingredient packaging, a slightly smaller sandwich overall, and a reduction from 810 calories to 550 calories (as of 2014).

The advertising displays and photos of Big Macs are made of plastic foam - the kind that people with Pica like to eat. But really, it is not food. Hot lights wilt real sandwiches too much, so the plastic foam ingredients were developed.

Famous franchise owner Jim Delligatti, with 20 or more of the Golden Arches® in his company, invented the sandwich in question - the Big Mac.

Some anecdotes mention that he was looking for a way to compete with the Frisch's Big Boy sandwich, but this is not proven. The Big Boy includes tartar sauce, while the McDonald's sandwich includes Mac Sauce.

The latter sauce named above, in the earliest days of production, was purported to be a blend of real mayonnaise, pickle relish, some mustard, and some sugar. Today, it includes turmeric, paprika, and a list of preservatives, all listed on the company website.

Mr. Delligtti also operates a Big Mac Museum in one of his shops that features a 14-foot tall statue of the sandwich.

In his first franchise store on Bypass US Route 19 Truck in the northern part of Ross Township PA, Mr. Delligatti developed the new sandwich during August, 1967.

At that time, I was still a young girl and only males ages 16 to adult were permitted to work in McDonald's restaurants, wearing paper hats, white shirts, black ties, black trousers, and black shoes/socks.

About 15 years later, my turn came to make the 280,000+ Macs. I will never forget how fast we could make large numbers of them if we had enough people in the grill area and enough meat patties and buns going through the cooking processes.

A "shot caller" would stand on the front line and call sandwiches and quantities to the grill people, and then wrap the products when they were completed. A woman in Northern Ohio would call her secret "Mac 2-3 Sear Double Trip" during the largest peak service times and have dozens of Big Macs ready every 50 seconds or less.If she stopped production too late, she'd end up with piles of Macs and no customers - it was like a military science.

Our city's McDonald's stores are all franchises today, charging between $3.89 to $4.50 or more for each sandwich.

The Big Mac Museum and Restaurant 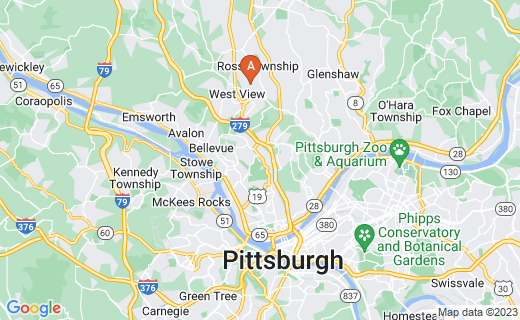 As a McDonald’s Corp. franchisee in the Pittsburgh area, Jim Delligatti invented the Big Mac sandwich that man customers continue to love. Leaving this enduring legacy to consumers, he died Monday November 28, 2016 at home near Pittsburgh.

Our McDonald's training included strongly worded cautions about making sandwiches exactly according to the manual instructions - particularly adding or deleting ingredients from sandwiches that were registered trademarks: Big Mac, Quarter Pounder, Quarter Pounder with Cheese, Filet O' Fish, McChicken, McRib, and a few others. The Big Mac drew the most requests for changes that we could not fulfill and Have It Your Way campaigns from BK hit hard. Currently, they offer a Big King Burger to compete.

If we put ketchup on a Big Mac, we would nullify the trademark protection of corporate ownership, so we were required to serve a souffle cup of ketchup alongside the sandwich. We were also not to put Mac Sauce on anything else but a Big Mac, so we provided the small paper cup of sauce at no charge to the customer for his or her own use. Unfortunately, some of our customers did not respond well to these policies and gentle information sharing - they became angry. Restaurant work is not always idyllic.

Recently, I notice that most of our local McDonald's now charge extra for additional condiments, particularly for ketchup packets beyond two per customer. Some loud complaints at drive-thru windows can be heard throughout the parking lot, but nothing of the scale suffered at one site, where a customer demanded a 12-oz. soft drink cup full of pickle slices for one sandwich. 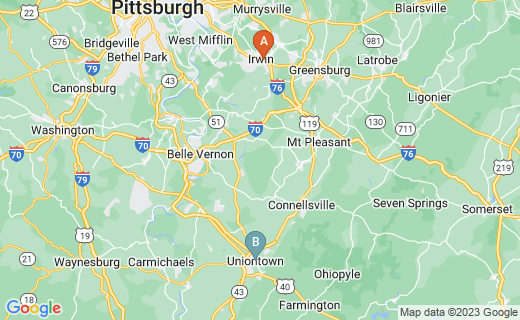 Manager's Training was interesting in my city at the time, because few women took up the career.

While male trainees wore dress shirts, ties, and slacks, female trainees were required to wear crew uniforms, perhaps since Corporate had not decided what they should wear as manager. The crew people were introduced to male manager trainees as such, but the women trainees were not. Workers often did not respond to instructions form these female trainees, or responded with angry outbursts. This made the work more difficult than necessary, especially in food preparation.

The Training Manuals of all the major fast food chains here were passed around several years previously by people who job hopped from one place to another. In this way, the Mac Sauce recipe was exposed and changed several times for home use.

In the 1980s, the sauce packaging was changed from one gallon salad dressing containers to pre-packaged caulking-gun like shooters. This saved a lot of time and waste, because we used to have to wash, sterilize, and fill the Mac Gun cylinders ourselves.

The three-section sesame seed buns and all McDonald's buns formerly included sugar as the number three ingredient; but now, the sweetener slot has moved down the list and changes to th high fructose corn syrup to which many people object using. Many more flavorings and preservatives are present in Mac buns today as well.

More about sugar: the french fries, which have included 17 ingredients, are spray coated with sugar (dextrose) after flash-freezing to help enhance flavor and golden brown color upon frying in vegetable oil. Until the late 1970s, the frying fat was half beef, half vegetable fat in many market areas.

At one time, crew people chopped lettuce, but in the 1970s, bags of shredded lettuce were available. The dill pickles of the 1970s-1980s had not so many artificial ingredients as today's product.

Frozen meat patties for Macs have measured 10 per pound for quite a while and are now all-beef, with no "pink slime." One-tenth pound measures 1.6 oz. raw and a meat pattie shrinks somewhat on the grill. Only a salt-and-pepper mixture is added, lightly sprinkled onto each side of all patties.

Grill and Assembly Procedures for the Big Mac Through the 1990s

Some of the restaurants today have grills that cook both sides of meat patties at once, but I have not seen them.

Our production, using a four-foot commercial grill, took 90 seconds cooking time, 55 on the first side and 35 on the second side. General procedures for one person to make six Big Macs were:

If we ran out of Mac buns, then we could use hamburger buns along with heels from additional buns to serve as the center bun section. It wasn't perfect and strictly trademark-true, but we could serve Big Macs.

Wrappings have changed several times. The first consisted of a cardboard collar to keep the sandwich straight and neat, covered completely with a paper wrap.Various types of boxes followed.

Styrofoam boxes were discontinued because of toxins contained therein. Today's boxes are of thin cardboard-like material.

Competition and the Law

Many double burgers fill the marketplaces of America and the world, but unless they use the ingredients listed and are cooked and packaged as specified by the company, they are not Big Macs®. However, many people look at them and think that they are the trademarked fast food sandwich.

McDonald's has won several lawsuits over trademark infringement, while they have lost a few others. In several places around the world, one cannot use "Mac", "Mak", or Mc" anywhere in a company name or product at all. Hamburger America: Completely Revised and Updated Edition: A State-by-State Guide to 150 Great Burger Joints
This is a practical, fun guide to the best burger joints in America, complete with directions to get there. The book makes it entertaining to travel between states and compare the hamburgers and toppings used by different companies and families in these small businesses.
Buy Now