Before the advent of the Buffalo wings, the wings in the chicken were supposed to be useless and only used for making soups and chicken stock. But with the advent of the buffalo chicken the wings of chicken are not considered as waste but as delicacy. No one exactly knows how this recipe came to us but it is supposed that it was first made in Anchor Bar in Buffalo, USA. So it is supposed to be an authentic American recipe. The story behind this dish is that the owner of Anchor bar Mrs. Teresa Bellissimo’s son brought some of his friend very late in night and asked her to feed all of them. Since it was very late in night and she only had chicken wings left so she fried them and dipped in buttery sauce. Then she served them with blue cheese and celery. All the friends of his son liked the wings very much and rest is history.

This recipe became so much famous that the 29 July has been set as the Chicken wing day by the city of Buffalo. Last year the owners of Anchor Bar served over 75,000 pounds of Buffalo wings on this day. This recipe has become so famous that others have also copied it and now it is also available commercially. Then there was another restaurant with name of Wings and Things which also claimed it to be their original recipe with the name of hot wings , though their recipe is little different and they use spicy mambo sauce instead of hot Chile sauce. Soon the dish became so famous across USA that nearly any restaurant worth its name stated to make its own kind of chicken wings. Most came up with their own recipe and flavors but none was as successful as the original Buffalo wings 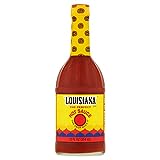