I'll not forget the day in Seaside, California when I first laid eyes on a package of ground pork I thought to myself, "Self, you've never seen something that pretty color of pink that will take so little from you wallet!" What is sad, is that such is even less likely to happen in the state of Texas.

Truly, ground pork can be had here-but you don't see it so often. It's like it can just change it's mind any time it wants to. I can't figure it out.

Giant Hogs, Ground Pork, and The Rifle To Make It Happen.

The video said that half of the nation's two million feral hogs were in Texas, so I think that means that there are a million of them here, but again, I went to school in Texas where the governor is a moron, and creationism is considered valid by the state's board of mis-education, so my math skills could use some tuning up. I might have this one right though, cause my math teacher came from Kuwait, I didn't learn much from him. . . .but I do doubt that he ate pork. Poor fellow.

Here are some facts about wild pigs in Texas - hog farmers used to just let their hogs roam free after branding them. When it was time to take them to a market for sales, they'd get their hog dogs and go round them up. If someone else's brand was on some of the hogs that a man rounded up - that was fine, and the man could come claim the hogs at any time. Virtually every hog farmer used this free roaming hog practice, and so - it's plain to see that LOTS of hogs were born in the wild without anyone knowing about it, and were never branded or rounded up.. Obviously, as time went on and more and more fences were built in the open ranges of Texas, the free roaming hog farming had to stop - but the feral hog population was well on it's way, and we still have it today.

Feral Hogs are carriers of many diseases. Included are Swine Brucellosis, Pseudorabies, tuberculosis and Hog Cholera - but these feral hogs are not true Russian Boars, which are nearly always safe to eat when prepared properly. True Russian Boars ARE found in the wild in Texas, and though I can't think of any good reasons why, people are breeding them and releasing them here too.

Traditional hunting of hogs may be fun, but the problem is actually bigger than that, and hogs are too clever for it as well.

Pork, It Does The Body Good!

I might have mentioned this one somewhere before, I forget, but a recent study concluded thatMexican Americans enjoy, or not, the longest life expectancy of any ethnic group in the United States of America. It's sort of hard for me to believe that the Mexican Americans beat out the Asian groups-but I know one thing for certain, Asians and Mexican Americans both eat lots of pork.

I think they are onto something.

Someone told me recently, "Todd, they put so many hormones in meat in America. . . . ."

The person had went all "veggie" on the world. I'm willing to bet that the Texas Wild Hogs have mostly natural hormone levels. 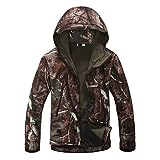 Yeah, so I took Micro Biology in Terrell Texas. . . .and even an idiot like me would have already known better than to feed a fucking animal of any kind it's own ground up bones. Having passed a very difficult class with a very thorough teacher . . . .the dumbest of us(raises hand) would know better.

The facts about Creutzfeld Jakob were never lost upon my young mind-but having read The Jungle, by Upton Sinclair . . . .nothing about our meat industry surprises me. I guess nothing was really done, federal inquiry, or no.

Feral hogs sometimes carry diseases. That does not mean that the meat from a feral hog hunt kill is not fit to eat at all. A butcher or meat processor would be the person best suited to deciding whether or not your hunt kill is process-able for consumption. Suffice it to say that wild hogs do not carry the chemical taints of capitalist farmed hogs with lethal or sterilizing and carcinogenic chemicals approved by the monsters food and drug administration eugenicist and Monsanto's unethical and hate filled FDA director.

Wild Hog Populations Are A Problem In Florida Too.

Here in Texas we've had drought conditions and large wildfires of late destroying farms and the livelihood of farmers already beset upon by monstrous murderous fascist corporations like Monsanto, that does not produce a crop safe for human consumption. And poor Texas Farmers have feral hogs also to contend with.

Feral hogs and all manner of pigs are extremely intelligent creatures - trapping only works until the rest have figured out the trap, which occurs as soon as one of the pack is trapped. Aerial hunting is in effect, and seems like such a waste, as it costs tax payers around three hundred dollars per hour. We need more hunters to come to Texas and hunt feral hogs, enjoy the time honored bond of hunter with nature, and to also embrace the fervor of second amendment rights in America and in Texas. Four hundred million dollars of damage to farmers is the estimate for the year two thousand and ten, with one farmer alone estimating fifty thousand dollars in losses due to damage to cotton and corn crops.