Spring rolls are filled, rolled small appetizers also called dim sum. They come in many varieties. They are found in South Asian, Southeast Asian, & East Asian cuisine. The name spring roll is a translation of the Chinese chūn juǎn (春卷 spring roll'). Depending on the location or region, fillings, wrappers and cooking techniques may vary.

Spring rolls have been very popular small bites in Asia for centuries. In China, where it's said spring rolls originated, they are consumed during the spring, hence the name.

Chinese spring rolls are savory rolls usually filled with cabbage, carrots and other vegetables, thinly wrapped in the shape of a cylinder. They are usually eaten during the Spring Festival in mainland China. Proteins are also incorporated such as pork., They small in size for snacking. The rolls get pan fried or deep fried before serving.

Non-fried spring rolls are usually bigger and filled with pre-cooked ingredients prior to wrapping.The wrappings are made of flour mix or batter mix.

Hong Kong style spring rolls are usually served as dim sum which are usually filled with shredded carrots, minced pork and bean sprouts. They are servde with Worcestershire sauce.

Here they are called Lumpia. The name lumpia derives from Hokkien lunpia. It is a savory snack just as the Chinese version only it is made of thin crepe pastry dough.They are filled with banana heart, vegetables, bamboo shoots, leeks, cabbages and sometimes minced proteins such as shrimp, beef, chicken or pork.They are sometimes served non-fried also.

Popiah is the name given in Taiwan. It is widely popular and flavored with herbs and peanut powder. Northern style spring rolls are served with a small amount of soy sauce. In southern Taiwan, the ingredients are generally boiled or blanched in plain water. Sometimes sugar is added along with the peanut powder before being wrapped.

This region prefers minced pork and fried crispy. Central Vietnam has a version of a fried roll called they they call Ram. It is made from whole shrimp with shell or deshelled and chopped shrimp. Green onions are added for flavor, and stuffed in rice paper before wrapping and deep frying.

Vietnamese spring rolls are different from Chinese spring rolls. They are smaller, and filled with fungi, shrimp, crab, taro, glass noodles, oyster mushrooms, and varieties of meat and shredded carrots. They are always wrapped in rice paper. 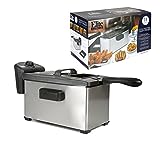