How to Read a Cuban Menu, Spanish Cuban Food List 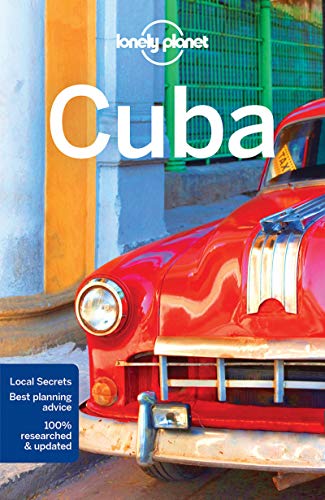 Boniatillo. How to make this dish

Cuban Food Intro A thru B

Cuban food, history and restaurant dishes. For centuries Cuba has been at a crossroads in the Caribbean. Amerindians were indigenous to Cuba when Spanish Conquistadors arrived. Next settlers came from Spain and France with African slaves to work the sugar plantations and finally in the 1850s immigrants from China showed up.

Havana was a major port with Caribbean travelers from many parts of the world and all of these people played a part in developing Cuban culture and cuisine.

Even though Cuba was the first Spanish colony in the new world and the last one to achieve independence from Spain in 1898 the cuisine is much more of a fusion cuisine than that of Mexico which derives heavily from Spanish cooking.

What follows is a list of terms and dishes that you may come across in Cuban restaurants and homes and it points out some of the differences between Mexican and Cuban dishes.

This is far from complete and I welcome suggestions and corrections

A la Parrilla
Food that is grilled or barbequed.

Aporreado de Tasajo
Jerked beef that is shredded and stewed in tomato sauce.

Arepas
From Columbia 2 slightly sweet corn pancakes, fried on a griddle with a thin layer of Swiss cheese between the two cakes.

Arroz con pollo
Chicken and Rice, One of the best known dishes from this part of the world this is browned chicken cooked in rice that is seasoned with saffron or Bijol, the rice is a bright yellow with tender pieces of bone in chicken.

Bijol
Is a commercial name for "Annatto seed paste" or "Achiote" powder and it is used for coloring rice. It is used to replace the very expensive saffron in many recipes. Bijol does not taste like saffron, but it does have a flavor of its own that is recognizable in Cuban dishes. The flavor is described as "slightly sweet and peppery" Also used to color Cheddar cheese and some margarine. Bijol the company was founded in 1922 in Cuba and is still a leading provider of spices

Cafe con leche
Cuban coffee with milk. Most places will serve a cup of steamed milk and a Cuban coffee.

Cazuela
Heavy Spanish clay cooking pot like our casserole, this has a dense structure due to a unique firing method and it will hold heat at the table still simmering when you bring it into the dining room.

Chicharrones
Fried pork skins. Another type of chicharones isa thick slice of pork with skin, a layer of fat and meat.

Chimichurri
This variety of green sauce is used as a marinade for grilled meats and as a dip for bread. It's made from finely chopped parsley, minced garlic, olive oil, vinegar, red pepper flakes and other seasonings according to the chef. There is also a red variety made with tomatoes. Not to be confused with Chimichurris (usually called "chimi") which are a sandwich made from a pork sausage and served in the Dominican Republic.

Chorizo
Sausage. The Cuban variety is a hard dry sausage flavored with garlic and a Paprika. There are many other varieties of Chorizo in Spain and Latin America including those that are fresh and cooked outside of the casing.

Churros
Tubes of fried dough like long donuts, the Cuban variety is frequently made with yuca.Served with sugar and cinnamon or with hot chocolate for breakfast.

Cortadito
Half Cuban coffee and half hot milk.

Croquetas
Croquettes: a filling of ground ham pork or other meat fried in a light batter.

Cuban Sandwich
Ham, Cuban roast pork, Swiss cheese and dill pickles served on Cuban bread. The sandwich is heated and
pressed flat in a sandwich press (plancha). In Tampa they would add salami to the sandwich, likely from the influence of the Italian neighborhood near Ibor City

Empanada
Turnover filled with ham, beef, Picadillo, cheese, or other ingredients. May be made with
read or pastry, the name derives from the verb empanar: to coat or wrap with bread.

Enchilado
A stew made with fish or other seafood. In Spanish enchilada is the past participle of enchilar , to add chilies to something. Do not confuse with Enchilada: in Mexico a tortilla, that is filled and baked in a sauce.

Flan
Sugar is caramelized and poured into a ramekin then topped with a rich mixture of eggs milk and sugar and baked. Once baked, the caramel liquefies to create delicious syrup. Usually turned out on a plate so the syrup drips over the custard.

Frijoles Negro
Black beans are usually cooked into into a thick gravy with garlic and spices and served over rice with raw onions as a side dish.

Frita
Cuban ground meat sandwich (like our hamburger) which includes ground chorizo, ground pork and several spices, that vary depending on the cook. Served on Cuban bread and topped with shoestring potatoes

Fufú or Fufú de Platanos Verdes
Mashed plantains with garlic and a little lemon or lime. Usually with pieces of roast pork mashed together with it. Similar to "Mofongo" (a plantain mash from Puerto Rico and Dominican Republic

Guarapo
Fresh sugar cane juice. It has a very light flavor and is consumed chilled by many in the Cuban and Latin American communities.

Guyaba
Guava, used as a filling in cakes and pastries. and in Batidos. Guyaba (is the Dutch word for "white guava") is a small tree native to Central America. It's one of around 60 species of guava and is also known as "apple guava" and "yellow guava".

Helados
Ice creams. Often made with tropical flavors such as Mamey, Mango, guava and coconut and used to make batidos

Hojas
Leaves such as banana leaves for stuffing

Lechón Asado
Cuban pork roast, whether it's a whole pig or a fresh ham. The pork is marinated overnight in mojo sauce.

Maduros
Sweet plantain, sliced diagonally and sautéed. To be sweet the plantain needs to be very ripe.

Mamey
Large brown fruit with sweet, pink colored body. Has a sweet flavor described as a combination of pumpkin, sweet potato, and maraschino cherries with the texture of an avocado.

Mariquitas
Plantain Chips. These are plantains that are sliced extremely thin and deep fried like potato chips.

Medianoche
Midnight.Is the Cuban sandwich made smaller with a sweeter bread similar to Challah.Named because it was often served in Havana's night clubs right around midnight.

Mojo (or mojito)
Marinade and sauce. It's made with olive oil, sour orange, garlic, onions and spices.

Moros y cristianos
"Moors and Christians," similar to frijoles negros, but the beans are cooked together with the rice. Also, Moors and Christians, is a set of festivals celebrated in many towns and cities of Spain, mainly in the southern Valencian Community

Natilla
Pudding made of eggs milk and vanilla like a flan without the caramel syrup. Served elsewhere in Latin America in different recipes and maybe thickened with corn starch.

Paella
Is a yellow rice dish that originated in the Valencia region of Spain. Rice is cooked with wine, olive oil, onions, saffron (or Bijol) and spices then some combination of seafood, meat, poultry and chorizo (sausage) The Cubans added tomato and garlic to the recipe.

Pan con Bistec
Cuban steak sandwich. The steak is very thin and prepared like a palomilla steak with lime juice, garlic and onions and served on Cuban bread.

Raspadura
Obelisks of natural raw sugar, golden brown in color. This is used in cooking, originating as a way to transport sugar. Look for them at Cuban groceries, snack shops and walk up windows.

Rellenos
Stuffed, such as Chilies rellenos

Sofrito Is a combination of small cut ingredients that have been cooked in oil or fat to flavor a large group of foods. Use is much like the French use mirepoix. There may be as many versions of sofrito as there are cooks and it is used in Cuban, Cajun, Caribbean, Spanish and Mediterranean cuisines, to name just a few. Cuban sofrito is prepared by cooking onions, garlic, and green bell peppers and maybe tomatoes in lard with cumin, bay leaf and cilantro (coriander). This is by no means a complete list of ingredients or recipe and you will find many that disagree but you will find lots of ideas and recipes on the web.

Sopa de Platanos
Plantain soup with a chicken base.

Tamales
Tamales is the plural form of tamal. Banana leaves stuffed with a cornmeal dough with meat and spices. Cuban tamales are not spicy hot and the meat is mixed in with the dough.

Tasajo
Dried beef like beef jerky here that's been rehydrated. It's usually put into a stew with tomatoes and spices.

Tocino
In Cuba and other Caribbean countries tocino is made from pork fatback that has not been cured but is fried crunchy and added to other dishes.

Tocino Del Cielo
Means something like Heaven’s bacon or Heaven’s little pig but it has nothing to do with meat. It's a custard that is lighter than but very similar to flan.

Tortillas
In Spain, South America, Cuba, and Puerto Rico, "tortilla" refers to an omelet, with variations that can include vegetables such as onions and potatoes.

Yuca Yucca
Cassava, Tapioca or Manioc A staple root vegetable in Cuba and much of the world yucca is the third largest source of carbohydrates for people. Yucca is classed as sweet or bitter depending on the quantity of cyanide present (cyanogenic glucosides) and has to be processed by soaking, cooking or fermenting to become safe to eat. The most common preparation is with lemon and garlic.