How To Cook A Hanger Steak

Hanger steak or skirt steak is another different cut of meat than most of us are used to seeing in the market. However, it is a culinary basic ingredient to have some familiarity with and know how to cook.

Hanger steak is from the underside of the cow and hangs between the rib and the loin, hence the name hanger steak. Most people just call it a skirt steak, however.

This is another meat, like flank steak, which is very popular in fajitas, in stir-fry recipes and especially Korean Sesame Steak.

However, it can be a tricky meat to cook correctly because it will almost always be tough. There is just no way around it. It will also always be drier than most beef cuts.

This meat is also known to butchers as a hanging tenderloin, hanging tender, butcher’s steak, an onglet or a butcher’s tenderloin mainly because they usually did not offer this particular cut from the cow to anyone and kept it for themselves.

Unlike flank steak, this steak is actually relatively inexpensive and is very similar to it. Like flank steak, it is best to cook it hot and cook it fast and only cook to rare or medium rare for best results.

There is only 1 hanger steak per cow and it is generally 1 to 1-1/2 pounds. It generally comes from the cow in one piece in a V-shape but most butchers cut it into two.

It is also extremely popular in Mexico where they marinate it, grill it, then serve with guacamole and salsa, finally rolling it into flour tortillas for fajitas – it is the dish they call fajitas arracheras.

This is a popular cut of beef because of its flavor. Even though it is tough and a bit harder to cook to perfection, people that like it generally prefer it simply because it is less expensive than other traditional cuts of beef and it has so much flavor.

Another popular creation with hanger steak is the philly cheesesteak.

It is important to note that it is generally half the cost of a strip steak or a rib steak!

The best way to cook hanger steak is to broil or grill 5 inches below a heat source at medium heat or 5 inches away from the flames as on a grill.

You can also pan sear the steak to lock in the flavors and then roast at 400 degrees for 5-7 minutes. Cook in a nonstick skillet for 3 minutes on each side.

Let this steak rest before carving for 5-10 minutes. On carving, it is a good idea to try to cut against the grain and in paper-thin slices.

This steak can also be braised, which means to cook in liquid or fat on the stovetop but in this case, you should cook it slowly.

As with flank steak, the hanger steak does very well with marinating.

Some popular marinades for this steak like the flank steak include bourbon or whiskey marinade, tomato-based marinades, lemon, wine, vinegar, pineapple or ginger. The marinade helps to tenderize the beef cut somewhat and is best started about 8-24 hours before grilling.

Drain off any marinade and reserve to thicken and make a gravy as an accompaniment to the steak or simply discard – don’t reuse any unused marinade.

Hanger steak is a very versatile and affordable ingredient to add to the arsenal of culinary basics and a terrific ingredient to have on hand or in the freezer.

Use within 3-4 days of purchase or slip in a zip-lock bag and freeze for future use.

Hanger steak is a great way to save money and still have beef!  It is important to know how to cook this unique cooking ingredient though to get the most flavor from it and to be ultimately satisfied with your end result.

Learning to cook hanger steak is a great way to 'beef up' so to speak your culinary basics.  Happy cooking! 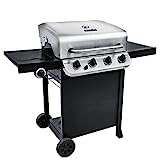