How To Cook With Beans

Beans are one of the healthy culinary basics found in a kitchen aimed at preparing healthy recipes while sharpening your culinary talents.

Using beans to create healthy recipes is one way to effectively incorporate them into your daily diet. However, there are also other ways that you can add them to your diet that don't require specific recipes.

Beans not only boost your immune system and have been shown to fight such cancers as breast, prostate and colon - they also are a superior source of protein as well as a major player when it comes to creating energy for brain and muscles.

The Facts About Beans

In countries with the highest bean consumption rate, these countries have the lowest death rates from colon, prostate and breast cancer

Some raw beans but especially kidney beans are known to create a toxin if not cooked properly. The toxin leads to a digestive ‘flu’ type illness if undercooked beans are consumed. The recommended method for dried beans to avoid this is boiling for 10 minutes before using in recipes

If dried beans are used in slow cooker recipes, make sure the above rule of thumb is applied (that the overall cooking time at high temperature is for 10 minutes).  Temperatures in a slow cooker will not destroy the toxin

Beans can cause digestive flatulence.  An effective strategy to avoid this is to soak the beans several hours prior to adding to other ingredients to reduce the natural sugars found in beans. Vinegar is also said to eliminate these excess sugars

Anasazi beans are said to be the only ‘fartless’ bean – they are also more expensive than most beans but you have to like the rep!

Whether you are using canned beans or dried beans, here are some of the most popular and healthiest kinds of beans

How to Use Beans

Make a bean salad to complement meat or fish

Instead of refried beans, use whole, cooked pinto beans (otherwise known as rancho beans) as an accompaniment to Hispanic dishes

Use kidney, black or other beans in creole recipes for rice and beans – just about any rice can be combined with beans as a side dish or as a meal

Beans are a great ingredient to round out meal-planning and are part of a program of healthy culinary basics.

They are not only versatile, but they are relatively easy to prepare, economical and good for you.

There are many, many ways to add them to your diet and the added health benefits are well worth the effort. 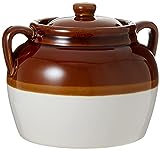