Yep, I follow a diabetic diet, and it, along with exercise, has been a diabetes cure for me. I’ll admit that it wasn’t easy at first. I’m a native southerner, and I love all those carb-heavy foods for which the South is famous. I thought my diabetic diet was going to be restricted to green salads, broiled fish, and baked chicken breasts – until I did some research and some experimenting on my own with diabetic recipes. I finally realized that I could have just about anything I wanted on a diabetic diet, although the food might be in a different version. For example, potatoes isn’t a good food for diabetics, so I have creamy mashed cauliflower instead of mashed potatoes. The other things I thought I’d have to give up with diabetes recipes are fried meats, poultry, fish, and veggies. Not true! I can still enjoy all these with my diabetic meal plan. How? Continue reading to find out.

Even though I follow a diabetic meal plan, my diabetic menus often have a heavy southern influence. I’ve found that diabetic cooking can be done southern-style, as long as you include the right foods for diabetics and make some needed substitutions. With that in mind, you might have to do some creative diabetic cooking.

My diabetic menus often include dishes that wouldn’t normally be considered food for diabetics, but mine are because I make the necessary changes. Take, for example, fried foods. With a diabetic diet, it’s not the fat that’s the big problem – it’s the carbohydrates in the white wheat flour that’s normally used for dredging. White flour has 22 net carbs per ¼-cup serving, while the same amount of soy flour has just 4 grams of net carbs. That’s a huge difference and the main reason that soy flour plays such a big part in my diabetic menus and diabetic cooking. 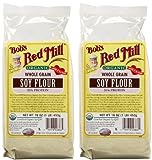 The diabetic recipes I’m sharing with you here are all low carb recipes, with low glycemic index counts. This specific diabetic meal plan is delicious, too. It’s so satisfying that you won’t feel like you’re on a diabetic diet at all! It includes country fried steak, gravy, mashed cauliflower, fried squash, and sliced tomatoes. Just before the meal, I had a fresh spinach salad. Does this sound like a healthy meal to you? Let’s see if this is a good diabetic meal plan.

The grand total for this great diabetic meal plan is…16 grams of carbohydrates! See? You can eat well on a diabetic diet, it just takes a little thought and effort on your part. Not only do these tasty diabetic foods have low carb counts, the meal also includes protein, fiber, vitamins, and minerals. Now, more about my diabetic recipes. 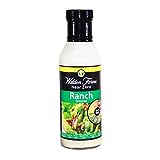 If you want tasty diabetic recipes, you need to use a black iron skillet often. I’m not sure I could survive without mine. I used my old skillet for these diabetic recipes: the fried steak, the gravy, and the fried squash. The skillet is also great for pan-searing meats and fish and for pan-grilling low carb veggies.

Recipes for diabetics can include beef or pork. While most people use cubed beef steak for country fried steak, I often use cubed pork steaks because most of the time, they’re cheaper. They’re also more tender, and I actually think they have a better flavor. For diabetic recipes that include dredging and frying, you’ll be using soy flour. Make sure the soy flour you use is very fine – it sticks to the meat and veggies better.

In recipes for diabetics, I use Low Carb Hood milk instead of regular milk. I find this in the dairy section at Walmart. Unfortunately, the store is often sold out, so when I find it, I buy several cartons at the time. The milk has a long refrigerator life, by the way. Okay, ready for some great diabetic recipes?

Pour soy flour into a plate and press both sides of steaks into flour.

Fry steaks in about ½ inch of oil, over medium heat. Brown both sides and drain on paper towels. Serve with low carb gravy.

Salt and pepper, to taste

After frying the steak, pour off all but 2 tablespoons pan drippings. Add a cup of water to the pan, and scrape down the sides and bottom of the skillet.

Salt and pepper, to taste

Heat one inch of oil in a heavy skillet, over medium heat. When oil is hot, drop in squash and fry until golden brown on both sides. Drain on paper towels and sprinkle with garlic salt. Yum!

Diabetic diets don’t have to be bland and boring. If you’ve been placed on a diabetic diet, you won’t have to spend the rest of your life eating like a rabbit – I sure don’t. You can probably tell this from the diabetic meal plan I’ve shared with you here, right? I’ve been successful in getting my type 2 diabetes under control – without any medications. In fact, I consider my new lifestyle to be a diabetes cure. I’ve had normal blood sugar readings and normal A1C for a couple of months now, all due to my diabetic diet and exercise. To help you stay on a diabetic meal plan, find some diabetic recipes that you love, or create your own. Enjoying good food is part of life, and there’s absolutely no reason that diabetic foods can’t be nutritious and delicious at the same time.

Rate my recipes! Thanks!

4.8 stars from 4 ratings of Diabetic Recipes