Pepper in one type or other is put to use worldwide to improve the taste of both savory as well as sweet recipes. Since it stimulates gastric juices, it provides a digestive system benefit too.

The use of peppercorns by humans goes back to ancient times. Not just for cooking, peppercorns were also used medicinally. They were often used to treat stomach ailments, heart problems, and toothaches. They have been found in embalmed Egyptian pharoahs. 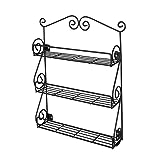 Many cooks these days really don't value the abundant and cheap availability of a spice which was at one time so extremely expensive and sought after that it was often used as money. Pepper and other spices were traded extensively along the trading routes from Africa to Arabian countries.

It was extremely valuable during medieval times in European countries. Pepper has a direct link with the long, often sad, history between European countries and India. Its value had been so great that a lot of the medieval era European sailing expeditions were being carried out with the actual main objective being to discover alternative trade passages to Asia, especially India, the principal supply of the precious peppercorn as well as other spices or herbs. Pepper in Europe also sometimes came from Madagascar, Java, and Sumatra.

There are actually three types of peppercorns- black, white, and green. All of these come from the same plant. Most peppercorns are still grown in India and other parts of Asia. The difference between them is in how they are processed.

The earth's most widely used spice is actually a berry which grows in grapelike clumps on a pepper plant, scientific name Piper nigrum, which is a climbing vine indigenous to Indonesia and India. The berries are prepared to make three primary kinds of peppercorn-black, white and green.

What Are Black Peppercorns?

The most widely used is the black peppercorn. Black peppercorns are completely mature peppercorns. It is harvested once the berries are ripened on the vine, and then dried out for a few days until finally it shrivels. The actual outer layer becomes dark brownish to black in color and wrinkled.

Black peppercorns are the most robust flavored of the three - slightly spicy with a touch of sweet taste. The best black peppers would be the Tellicherry and also the Lampong.

What Are Green Peppercorns?

Green peppercorns are peppercorns that are, well, green, as in they haven't ripened. The green peppercorn is a delicate, immature berry which is generally stored in a salt solution. Sometimes they are dried after brining to retain the green color better.

It provides a refreshing taste which is much less strong compared to the berries in their alternative varieties. They are often used in Asian recipes.

What Are White Peppercorns?

And white peppercorns are black peppercorns which have had the outer shell removed before they are dried. Technically, they are the seed of the peppercorn. The less pungent white colored peppercorn is left to mature, and then the skin will be taken off and the berries are dehydrated. The effect is smaller sized, smoother, tan colored peppercorns having a milder taste.

White pepper is normally used for visual appeal, generally in light-colored gravies or recipes in which dark colored specks of black pepper will be too noticeable. 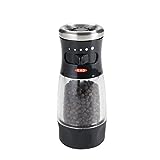 What Are Red and Pink Peppercorns?

Pink and red peppercorns are usually categorized with the above types of peppercorns. But actually, they aren't really peppercorns at all. They are grown on a completely different type of plant. The flavor is similar to peppercorns, but much more subtle and light.

Both black and white peppercorns can be purchased whole, cracked, and ground. Whole peppercorns that are ground using a pepper mill just before eating provide extra taste which is fresher compared to pepper which has been bought already ground. Already ground pepper will lose much of its flavor rapidly.

Whole dried peppercorns may be kept in a cool, dim location for approximately a year. Ground pepper can keep its taste and quality for a few months.