Different varieties of sweet potatoes: how do they differ in taste? 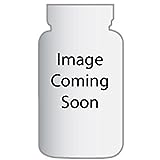 I am a sweet potato addict.

As part of a goal to pack in the veggies, I started eating salads for lunch. Looking to make the salads heartier and more filling while capitalizing on maximum nutrient content, I tried throwing some roasted sweet potatoes over leafy greens. The effects were immediate: I feel fuller throughout the work day and energized enough to go for evening runs. Their sunny color reflects their mood enhancing properties; I literally feel more cheerful throughout the afternoon! Sweet potatoes also satisfy my sweet tooth, and I swear, in the dead of winter my skin started looking tanner (beta-carotene effects).

My favorite lunch is a spinach salad topped with sweet potato (plus possibly some other roasted veggies like brussel sprouts or asparagus) and Annie's Woodstock dressing. The tahini in this dressing is a nutty complement to the sweet potato flavor.

The Difference between Sweet Potatoes and Yams

This topic has been a point of confusion for many well meaning shoppers, such as myself, who know that the sweet potato is far more nutritious than the yam. A great hub has been published outlining their differences.

Did you know, the more orangey the sweet potato the higher the beta-carotene content. Vitamin A is good for your skin and is found in a lot of beauty products.

Sweet potatoes are a superfood, that is they pack a ton of nutrition into few calories.

Some highlights of sweet potato nutrition:

Recently I was at Whole Foods and saw that they had lined up four different varieties of sweet potato. I was taken aback, as my usual grocery store only supplied one. Seeing it as a chance to explore my favorite food more, I decided to investigate the taste and texture differences of these four varieties.

On board I had two PhD scientists that agreed to participate in a taste test and provide extensive feedback.

The four sweet potato varieties were: Garnet, Hannah, Jewel, and Japanese. You can see in the photo below their different skin colors.

I wrapped them each individually in foil (to keep from drying out) and baked them side by side on a baking sheet at 375 degrees for 1 hour 10 minutes. You know they're ready when you stab them with a fork and it feels like stabbing a pat of warm butter.

Slicing into the cooked sweet potatoes, I was shocked to find that under it's red exterior the Japanese sweet potato had a yellow color similar to the Hannah's.

The orange fleshed sweet potatoes sliced easier as they had a smoother texture. The yellow fleshed ones were more crumbly like white potatoes. According to Livestrong.com, the orange sweet potatoes are called "moist-fleshed" and the yellow are "dry-fleshed."

The orange fleshed might make the best soups due to their texture.

The yellow fleshed would be good, more interesting substitutes for white potatoes with a steak or fish meal.

Upon tasting with butter and salt the reaction was: "Wow, butter is good."

Some alternative techniques were used by one scientist, such as:

The author's favorite was the Hannah, because it was the mildest, and least sweet.(Disclaimer: my uncharacteristic preference for less sweetness at this time was likely influenced by the fact that I had a large slice of cake for lunch.)

One scientist preferred the taste of the Jewel, but wasn't sure she could eat a whole one due to the intense syrupy taste.

The other scientist conceded that he could not choose.

"I thought I would have a clear favorite but they all have their own interesting story."