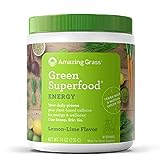 home and taking care of the kids, the dog, the house; these things drain us of our energy - and this is only the tip of the ice berg.

We can't add more hours to the day to get more sleep, or get in a better or longer workout, which would certainly help us with our energy levels - but we can eat better foods.

Granted, these foods can be difficult to get into your system - day-in and day-out.

It's worth it to try, though, because many of them have healing and anti-inflammatory effects.

An anti-inflammatory breakfast is one heck of a good start to the day!

There are wonderful energy foods that are not only delicious, but packed with power to help you get through the day - check them out below.

Do you eat breakfast every day?

Many skip this meal, grabbing a cup of coffee to chug on the way.

Sure coffee does give a great boost of energy, but without some sort of supporting nutrition, it will also give an energy crash.

Coffee is a one of our energy foods as long as it is used appropriately.

Eating breakfast is extremely important for starting your body's engine.

Lunch is Very Important, Too

Take advantage of complex carbohydrates like grains combined with vegetables like carrots, pumpkins, squash and potatoes, as these are starch rich veggies.

These energy foods eaten in the middle of the day help ramp up energy for the rest of the day.

These are termed slow burning and will give you energy longer than quick burning foods such as fruits, non-starch veggies and honey.

Dinner Prepares Your body for an 8-Hour Fast...Eat!

Eaten with good fats, mono and polyunsaturated fats such as those found in canola and olive oil and seafood, these foods will provide plenty of energy.

To Snack or Not to Snack...Wait - What Was the Question Again???

Energy foods that can be munched on to satiate hunger and give an energetic boost include goji berries, trail mix, pumpkin seeds, and edamame.

It is essential to add water to your diet. Water will boost your energy and help your body process the foods you ingest.

A diet filled with these foods will help you increase your energy, keep a healthy weight and stave off heart disease and other maladies that drain your energy.

How would you rate your diet?

The Benefits of Eating Watermelon

About 92 percent of watermelons is water — but this refreshing fresh fruit is loaded with nutrients.

Every single juicy bite has considerable amounts of vitamins A, C and B6 , plenty of lycopene, amino acids and antioxidants.

There's even a moderate amount of potassium. Below are a few watermelon benefits to your health.

Benefits of Watermelon in Cardiovascular Health

The presence of lycopene in watermelon especially vital for one`s cardiovascular health and is also now being acknowledged as an important element in boosting bone health.

Taking big amounts of melon has also been associated with enhanced cardiovascular function as it elevates blood flow through vasodilation ( blood pressure relaxation).

Lycopene has also been linked with prostate cancer prevention and bone health and . In addition its a potent antioxidant believed to have anti inflammatory properties.

Watermelon contains little grams of l-citrulline, which is an amino acid which seems to shield against muscle pain. One study discovered that people who took natural unpasteurized melon juice before their exercises had decreased muscle soreness twenty four hours later as compared to those who took a placebo.

The presence of citrulline in watermelons is proven to lower fat accumulation in body fat cells. As an amino acid,Citrulline transforms into arginine with assistance from the kidneys. Meaning when our bodies soak up citrulline it may take the action of transforming into arginine if required.

Citrulline, when absorbed, has the capability to (via a number of steps) hinder the activities of TNAP (tissue-non-specific alkaline phosphatase) that makes fat cells generate less fat, thereby preventing over deposition of body fats.

Watermelons are the ideal instance of a food which could help you remain hydrated for long.

Their water content may help keep you replenished, and their juices are packed with potent electrolytes helpful in preventing heat stroke.

Another watermelon health benefit is its ability to boost urine flow without straining the kidneys.(unlike coffee and alcohol).

Watermelons aid the liver in processing ammonia which reduces strain on kidneys while eliminating excess fluids. A possible snack or meal is to eat Greek yogurt with watermelon as a side, so that you get carbs and proteins in one sitting.

Were you aware of the benefits of watermelon?

Kirkland Signature Pure Honey, 5 lb
!00% pure, Grade A Clover Honey from Kirkland. I use it almost every morning in a cup of green tea, once I gave up energy drinks (for the most part:-)
Buy Now

Benefits of Cinnamon and Honey

The benefits of cinnamon and honey have been well-known for centuries in traditional Chinese and Indian medicine, and the combination of the two ingredients remains a popular home remedy for many different ailments.

Here are just a few of the many honey and cinnamon benefits to keep in mind.

Of all the cinnamon and honey health benefits that we know of, this is perhaps the greatest.

To get the most of these benefits, try spreading a mixture of honey and cinnamon powder on your toast in the morning instead of jelly.

If you suffer from arthritis, try mixing some cinnamon powder into honey and applying it to the painful area and massaging it into your skin.

Drinking a tea made from cinnamon and honey has also been shown to relieve arthritis symptoms.

Honey and cinnamon have anti-inflammatory properties that can help treat bladder infections.

The concoction will help kill the bacteria in your urinary symptom and relieve some of your bladder infection symptoms.

Finally, simply drinking tea made with a small amount of cinnamon and honey every day will help strengthen your immune system. Even if you don't suffer from arthritis or bladder infections, this simple home remedy will help you live a longer, healthier life. 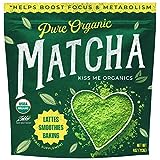 Green tea (GT) is not only a refreshing drink, but it offers several health benefits as well.

If you're looking to lose weight, improve brain functioning and reduce your risks of diabetes, cardiovascular diseases and Alzheimer's, you might take a look at all the great health benefits of drinking green tea.

It's been estimated that nearly 300 million people around the world suffer from diabetes.

Consequently, green tea is frequently studied to determine if it might help those with diabetes.

According to controlled studies, green tea might cause a mild reduction in blood sugar readings.

In addition, drinking GT may have an effect long-term and lower the risks of even developing type II diabetes.

The primary active ingredient in GT is caffeine, which can bring about a temporary improvement in mental functions working as a stimulant.

GT is known to contain catechin compounds, which protect neurons in your brain and may have the potential to lower Parkinson's and Alzheimer's diseases.

Good news for dieters. Some studies may be indicating the tea boosts metabolic rates and may decrease body fat overall.

It seems to work quite well for reducing fat in the belly or abdominal region.

Studies have shown that participants who drink tea could reduce their chances of getting cardiovascular diseases by about 31 percent.

According to various studies, those who enjoy tea are less like to get some varieties of cancer including breast cancer, prostate cancer and colorectal cancer.

The catechins contained within GT can have the ability to inhibit streptococcus growth and kill influenza virus and bacteria. In addition, many studies show it reduces bad breath.

If you are looking for a refreshing drink for an afternoon pick-me-up, why not consider green tea? It's relatively inexpensive compared to other drinks, and it has zero calories.

Green tea contains large quantities of antioxidants that are good for your health, and the benefits of drinking green tea are exceptional.

Have you ever tried green tea?

You may already know that tomatoes are healthy, but did you know they can actually reduce your risk of cancer?

With sauces, sandwiches, salsa, or just straight up, tomatoes delight your senses and your health.

Here are five reasons you should treat yourself to the health benefits of tomatoes.

Enjoy this humble fruit and start realizing the low-calorie health benefits that tomatoes have to offer!

Did you find this hub informative? If so, please leave a comment. Thanks!