Lard Bread - An Old Fashioned Recipe from The Kitchen at Life On The Stoop. Just like Mazzola Bakery In Brooklyn!

For Years I had searched for a recipe for "Lard Bread" which we enjoyed frequently when we still lived in Brooklyn but had not found anywhere in our local area of Central Florida. I finally decided that if we were to have this wonderful bread from our youth that I would have to create my own recipe which I did and I must tell you that if compares to Caputo's Bakery on Court St or Mazzola Bakery in Carroll Gardens in Bklyn where we always went to get our favorite bread.

I am so happy to share it with you now.

Put Liquid Into Bread Maker First Then Add the Following Ingredients in the order listed.


Then Process Dough In a Bread Machine or a Stand Mixer With a Dough Hook
Once the dough has completely mixed and kneaded add the following ingredients just before the kneading has completed or you can knead them into the dough by hand if you prefer. as illustrated below: 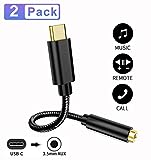 As a regular Sicilian dish , Lard Bread would frequently be served with a fresh green vegetable such as the Italian Green "Broccoli Raab". as displayed here from the kitchen at "Life On The Stoop" and can be found at famous La Foccacieria's still today In Brooklyn.

You will find a recipe for Broccoli Raab in another Hub.

After you have made this bread a few times you may decide that you would like a little more or less of any of the ingredient add in's so make it your own and create it to your family's taste.

Use about 1/2 cup of a good Sharp Provolone Cheese or any sharp cheese you prefer.

1/2 cup cubed Genoa Salami
My family likes Genoa Salami but sometimes I use Prosciutto or Country Ham instead. Be flexible and experiment with your ingredients.

Render the fat from the Salt Por or Pancetta.

It' doesn't have to be completed crisp because it will continue to cook in the bread and release the flavor into the bread. Remove the meat from the pan.

I add the water from the french bread recipe to the pan so that I can get all the flavor from the pan drippings and put it into the Bread Dough but make sure you let it cool first.

Cut the cooked Salt Pork or Pancetta into small pieces.

Cut the Genoa Salami and Cheese into small cubes

This is what your dough will look like while it is being mixed and kneaded in the Bread Machine. This is one of the easiest ways to make home made bread baked in the over but with some of the work removed by use of the bread machine.

Here's the bread after I have added the Salt Pork, Genoa Salami and Provolone Cheese. Try to catch your bread a couple of minutes before it stops the kneading process. If you don't, no problem - you can knead it in by hand after it rises.

Cut dough into 3 equal pieces and form them into 3 loaves and flatten slightly. Put 3 diagonal slits in each loaf with a sharp knife and brush with some of the fat from cooking the salt pork. Cover loosely and let rise in a warm place out of a draft for about 40 minutes.

then baste with fat again then lower Temp to 425 and bake for another 7 or 8 minutes. Remove from oven and cool on a rack for 15 to 20 minutes if you can resist otherwise just tear off an end and try it while it's still hot. Buon Appetit! 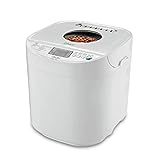 For More Great Stories From Brooklyn