The History of Frogmore Stew

Frogmore stew is a down home, stick to your ribs, seafood meal that always brings good friends and family together. Unlike the name implies, there are no frogs involved in the recipe. It actually originates from a small fishing community near Beaufort, SC named Frogmore and though the town no longer exists, the stew carries on the great tradition started there!

Legend has it a shrimper in Frogmore was running low on food and couldn’t decide what to cook for dinner. He chose to boil up some potatoes, sausage, and corn together and added some shrimp since there was never a short supply of shrimp around his home. He soon realized how great the items complemented each other and the recipe was passed around to some local seafood restaurants. From then on Frogmore Stew has become a family tradition in many homes on the Carolina coast and it can still be found at many restaurants along the coast as well.

Some may call it Beaufort Stew, Beaufort Boil, or Lowcountry Boil, but they all come back to this fantastic dish. It’s great for vacations on the beach, a trip to the mountains, or even a tailgate party because it only requires one pot to prepare and the cleanup is as easy as it gets.

And you can’t have Frogmore stew without the company of neighbors, friends, and family. There’s nothing like standing around a pot of boiling Frogmore stew with some good music, food, and dancing! It’s a great way to share some fun and good food!

1. Fill the large pot halfway full of water and set over high heat. Stir in all of the Old Bay Seasoning. Cover and let it come to a boil. (If you fill the pot too much it will overflow when the other ingredients are added.)

2. While waiting for the water to boil you can wash the potatoes and cut them into quarters. You don't want them too small or they'll get mushy. Once boiling, add the potatoes and let boil for 10 minutes.

4. Make sure the shrimp are ready to go. I like to add them whole, heads and shells, because it gives them a little more flavor. If you'd like to remove the heads before cooking them, you can. Some guests don't like pulling the heads off while they're eating. Whatever you do, always make sure the shells/tails are still on the shrimp when boiling them. After the sausage and corn has been in the pot for 10 minutes, add the shrimp. You don't want to overcook the shrimp, so usually 1-3 minutes is enough. The shrimp will turn pink and their tails will start to curve towards the heads when they're done.

5. Once the shrimp are done, drain the water from the pot. The dish is ready to serve! 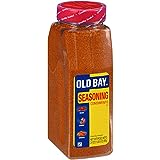 To serve the stew, cover a table with newspapers and simply dump the strained contents in the middle. Traditionally Frogmore stew is eaten with your hands, so it’s never a formal affair, and the kids love being able to dig in and pick out what they want to eat! You may want to supply cocktail and hot sauce for your guests and a bucket for the corn cobs and shrimp shells. To cleanup, simply fold up the newspapers and dump the buckets!

Try preparing some frogmore stew for your next get together. It’s super easy and lots of fun!