Brown Rice, GBR or GABA Rice and its Health Benefits

People around the world have probably been eating GBR (Germinated Brown Rice) for thousands of years, however, what we now call GBR or GABA (gamma-aminobutyric acid – an essential amino acid) was “discovered” in 2004 as part of the United Nation’s Year of Rice research. It has since become an important health craze in many parts of the world.

This GABA or Germinated Brown Rice has drawn a lot of attention for its health benefits. Interest in this amazing product continues to grow as more people become aware of the powerful effects this simple food can provide.

GABA rice has been steadily gaining a following among those searching for ways to improve their health and it is now becoming widely accepted not only in Asia, but in the U.S. and around the world, as well.

How to Cook GABA Rice or GBR Rice 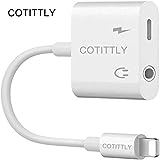 GABA rice is brown rice that is nutritionally enhanced, naturally, by germination. This rice has a much larger amount of the naturally occurring amino acid gamma-aminobutyric acid (GABA). By germinating the brown rice prior to cooking, GABA, lysine (another amino acid), tocotrienols, magnesium and zinc are all significantly increased. Researchers have found that GABA rice has many health benefits.

GBR has twice the GABA of regular brown rice, and ten times the GABA of white rice, from 6 to 40 mg of GABA per 100 grams of rice. GABA is a neurotransmitter blocker that promotes fat loss by stimulating the production of the Human Growth Hormone; increases the sleep cycle, giving deeper rest; boots the immune system; lowers blood pressure; inhibits development of cancer cells and helps in the treatment of anxiety disorders. GABA has a calming affect that has often been described as a natural valium and the effects are noticeable. GABA is also directly responsible for the regulation of muscle tone and is believed to play a part in memory retention. Research has also shown that GABA brown rice extract has healed cirrhosis of the liver and damaged kidneys in mice; something powerful is happening with this germinated brown rice (GBR).

To make GABA, you need to start with brown rice. White rice has had the hull removed, which means that it is no longer capable of germinating. The brown rice is rinsed, then soaked in water for an extended period of time before cooking. As the rice germinates the amount of gamma-aminobutyric acid increases. A basking light bulb, inexpensive hot plate or even some rice makers, can be used to heat the rice during the germination process.

Japanese researchers have found that eating GABA rice helps to lower blood pressure, improve kidney function, and reduce sleeplessness. Additionally, GABA rice improved the learning ability of mice and there is speculation that it may be helpful in preventing the onset of Alzheimer’s disease. Another study has found that germinated brown rice extract inhibited leukemia cell proliferation and stimulated cancer cell apoptosis (cell death).

How to germinate GABA rice

To germinate GABA rice, place the desired amount of rice in a container, rinse it several times and cover with approximately ½” to ¾” of water. Let it soak at a temperature between 86 degrees and 104 degrees Fahrenheit, for up to three days. The cooler the temperature, the longer the germination process will take. You’ll need to experiment a little and find your preference and what works best with your equipment, but usually you’ll want to soak the rice somewhere between 4 and 16 hours.

Be sure you change the water every 4 to 6 hours or it will become smelly and affect the overall flavor of the rice. It’s normal for the rice to have an off odor after a few hours of soaking; this is fine and will go away when it’s cooked. However, if the water smells really bad, or has bubbles or foam floating in it, you’ve let it go too long. You’ll need to completely rinse the rice, cover it with fresh water and continue germinating. Be sure to change the water more often.

On the tip of each grain of rice is an embryo; this is the part of the seed that will germinate. Soak the rice until you see the sprout start to emerge, or if you prefer, you can soak the rice until you see the embryo become fuller and larger. You don’t necessarily have to wait until the grain completely sprouts. After the rice has germinated, it’s ready to rinse and cook. Since water is naturally absorbed during the germination process, GABA rice will cook faster and need less cooking liquid, than other forms of rice. GABA rice has a flavor that is a cross between white and brown rice with a slightly chewy texture and nutty flavor.

There’s a way to make your GABA rice even healthier. The Shimane Prefecture Agricultural Technology Center in Japan has found that if you germinate the rice in green tea, the GABA is even higher; up to three times that of water soaked GBR. 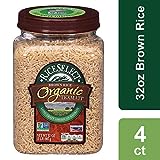 When considering the healthy foods we can prepare at home GABA rice is an excellent addition. Another item you may find of interest is the wheatgrass juicer . Wheatgrass juice is the juice of the young wheat plant. It is picked before jointing and processed with a juicer, leaving the pulp behind. Wheatgrass juice is used extensively for its superb health benefits and is now one of the most widely used natural food supplements. It has been shown to be a highly effective natural remedy for many conditions and can facilitate and hasten the natural healing process.

Another very effective natural health product which has tremendous healing powers is Apple Cider Vinegar; ACV is known to help alleviate many health conditions, promote healing and even act as an effective way to lose belly fat fast.

Understanding the importance of what we eat and how it affects our bodies can play a significant role in our overall health and well-being. Today, the standard American diet consists of many foods that are not only unhealthy, they can be downright dangerous. Most package foods contain saturated fats and forms of high fructose corn syrup which brings a host of concerns not often disclosed.

With so many people trying to find the secret to how to lose weight, the obvious is sometimes overlooked. It is important that the foods we eat promote good health and when necessary the quick weight loss that is needed to get back on track. Consider adding 4 to 5 cups of green tea to your daily diet, green tea weight loss tea has been known to burn calories while promoting good health.