Click here for Herman updates and recipes. You can also contact me directly, submit photos and exchange your Herman tips and ideas.

I was recently given a German Friendship Cake by a friend. "A what?" I asked. "His name is Herman", I was told.

Herman came in his little bowl with a set of instructions for ten days. This was the first time I had ever heard of this Herman but I gave him a chance and took him in. He was a German friendship cake starter mix and all I can say is, after ten days - WOW! You have to try this. Read on to find out more about this great 10 day German friendship cake.

What Is This German Friendship Cake?

Herman the German friendship cake is a sourdough cake recipe which is several decades old. Obviously the mix isn't decades old but you get the idea! It passes through circles of friends and family similar to a chain letter.

The origin may have been from the Amish people, who used something similar - sourdough bread that was passed around to the sick and needy. If you know where this idea originally came from please feel free to comment below.

The starter mix that is given away for this friendship cake is a substitute for baking yeast and can be used to make many kinds of yeast-based breads, shared with friends, or frozen for future use. Typically, a friend shares a cup of the liquid yeast culture with people who would like to make this cake. The friendship cake starter is typically maintained by adding sugar, flour and milk every few days.

This is Herman as I received him. A bubbling dish of goo, sorry - 'German friendship cake mix' (flour, milk and sugar apparently). The instructions I received were quite clear 'You cannot put me in the fridge or I will die. If I stop bubbling, I am dead.' What a responsibility I had ahead of me.

I read on and felt relieved as the only thing you really have to do from day to day is give him a stir.

Halfway through the ten day cycle add some flour, milk and sugar then on the tenth day add the ingredients for the cake and bake. How difficult could this be?

A common cycle is based on the addition of one cup each of sugar, flour, and milk every five days, with the mix being shared into equal portions and the cake being baked every tenth day. The ten day cycle produces four starter mixes, which must be either used to bake a cake, given away, or used to start a new cycle. It is common to bake one part and give away the other three.

Here are the instructions I received with my little Herman. Quite straight forward really.

Hello, my name is Herman.

I am a sourdough cake. I'm supposed to sit on your worktop for 10 days without a lid on.

You CANNOT put me in the fridge or I will die. If I stop bubbling, I am dead.

Mix everything together and put into a large greased baking tin. Sprinkle with a quarter of a cup of brown sugar and a quarter of a cup of melted butter. Bake for 45 minutes at 170-180C. When cold cut into finger pieces. Cake freezes well and is also delicious warm with cream or ice-cream.

Some of the measures or quantities are in 'cups', which is an American measure for baking. You can find many conversions online but I have included the conversions in the instructions at hermanthegermanfriendshipcake.com. 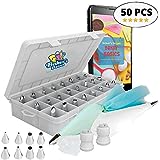 Here is the finished article. After 45 minutes at 180 degrees Celsius the top is nice and brown and the smell is out of this world! I recommend a further 15 - 20 minutes or so with tin foil over the top just to make sure the middle is cooked well enough.

Sticking a knife into the middle to test is a good idea. If you get wet mix on the knife then it needs more baking. However, because of the apple content I think its quite a moist cake anyway.

I was a little apprehensive to start with as my first thoughts were about how long this stuff had sat on someone's worktop for ten days then on to someone else's for ten days and so on. The ingredients are obviously able to ferment safely over time without refrigeration and I suppose by adding ingredients over ten days freshens it up again.

I gave two of our three portions to neighbours who are all between 10 and 12 yeas old. They love the idea and this is a great thing for kids to get involved in home baking. So, if you are offered a German Friendship Cake called Herman please, give it a go. You'll be surprised!

Getting The Perfect Herman

It has been a few months since I posted this article and Herman is proving very popular. Thank you all for your comments. Don't forget the top tip above:

Having done this myself and then getting feedback from one of my three 'chosen ones', I recommend that you cook Herman for a little longer than the instructions say. Place baking foil over him so he doesn't dry out and burn and give him another 15 - 20 minutes in the oven.

The extra time helps him cook to perfection, the foil prevents him from becoming too dry or burning on top.

LET ME KNOW WHAT YOU THINK

If you make a Herman come on back and let me know how you got on. You can submit a comment here, or go to www.hermanthegermanfriendshipcake.com where you can leave feedback and submit a photo of your Herman.

If you cant wait to receive a starter for this great little cake, the starter mix is very easy. Here's how to start your own.

Although book prices shown are in dollars, all are available in the UK as well as the US. Just follow the links and add to your basket.

Other Web Pages By This Author