Gods And Goddesses of Tea

"Thank God for tea. What would the world do without tea? How did it exist?"

Tea is such a wonderful brew that many cultures and peoples have associated it with Deity. The Tea Sage, Lu Yu, was probably understating when he called tea "the dew of heaven." Because tea grows up from the ground, it has been seen as a gift from Above. It has also been seen as a sign of mercy. Where tea is drunk, civilization begins. No matter what your religious preference is, there is something about a cup of tea which is truly a blessing.

Lu Yu: In many ancient societies, historical figures often became Gods or Saints over time. Such has happened to Lu Yu (733 - 804), often called The Saint of Tea. He was not only a very nice man, but wrote the first known book entirely on tea, it's benefits on culture and the individual called The Classic of Tea.

Shennong: (Shen Nung, Shen Nong, Sheng Nong, Sheng Nung, Shen Nong Shi and probably quite a lot of other names) All Chinese Emperors became Either Dragon Gods or Gods, including this innovative fellow who had quite a green thumb. He is thought to have live in China around 2800 BCE. This nickname was "The Ploughman King". He was most likely the mythical Emperor who had some stray green tea leaves blow from the heavens into his usual cup of hot water which he liked to drink. (Hot water was often drunk because any bad bacteria were boiled away). He then taught tea brewing to his subjects. He is now thought to have graduated from Chinese Emperor to God of all Plants, including tea. He shares a lot of similarities to Mars, the Roman God of war, agriculture and Mars Bars (maybe).

Buddha: The tea falling into hot water legend is also attributed to Buddha (who, technically is not a God, but I'm not quibbling). There is a slightly more gruesome tea legend, also attributed to the founder of Zen Buddhism, Bodhiharma. The legend goes that the Big B kept falling asleep during meditation. To stop himself from doing that again, he cut his eyelids off. The fallen eyelids turned into tea bushes. Perhaps that's where we get the word "bud"?

Unlike the Gods, who usually were celebrated for making the tea bush, the Goddesses of Tea were more celebrated for their ability to heat water. If you think heating water is nothing special, stick tea leaves in cold water and see how long it takes to brew.

Kuan Yin (Quan Yin): This is the beloved Goddess of Mercy who still has a strong following today. She is thought to have been based on a real woman. She is legendary for rescuing lost travelers in distress. There is another legend that says she only consented to become a Goddess if She was still allowed to go back to Earth to help people. Black tea and oolong tea is associated with Her, as it is both nourishing and comforting.

Huchi-Fuchi (Unchi-Ahchi): ("Grandmother Hearth") My apologies if my spelling is off. Japanese Goddess of the stove and thus the Goddess that heats the tea. The intricate Japanese Tea Ceremony is in part to honor Her. Another one of Her jobs is to intercede with the Gods on behalf of mortals. The hearth is considered the heart of a home, the vital element that keeps life flowing. Hearth goddesses are found all over the world, and they all wouldn't mind being asked for tea every now and then. Other hearth Goddesses include the German Heartha (where we get the word "hearth" from), Hestia (Greek Goddess very high in the pantheon) and Vesta (of Virgin fame - basically the Roman name for Hestia)

Part of the beautiful Japanese Tea Ceremony, done in part to honor the Goddess Unchi-Achi. Film by ctreadwe 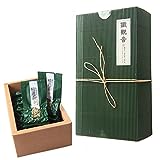