The history of cinnamon is an interesting subject that goes back for thousands of years. Read interesting cinnamon facts below.

Where Does Cinnamon Come From?

Cinnamon spice comes from the barks of the evergreen cinnamon tree, a part of the laurel family. It grows in Sri Lanka, India, Egypt, Madagascar, Indonesia, Vietnam, Brazil, and the Caribbean islands.

The bark of the cinnamon tree is harvested two times a year, during the monsoon season. The tree's whitened fragrant bark is detached in small lengths and dried out. As it dries, it curls into small sticks which resemble scrolls. The slender internal bark is what is marketed, while the external tough part of the bark is thrown away. You can get ground cinnamon, too.

It's possibly the earliest spice known to humans. The significance of cinnamon for both culinary purposes and as remedies has already been recognized for thousands of years. This is made obvious in the fossil remains which show it being cultivated all the way back to ancient times.

Cinnamon grew initially throughout the southern part of Asia. The use of cinnamon within traditional Chinese botanical medicines has been recorded back for thousands of years. They used cinnamon as a cure for high temperature, diarrhea, and menstrual complications. India's ancient Ayurvedic practitioners made use of it in a similar fashion.

Cinnamon and the Ancient Egyptians

As soon as ancient nomads presented the fragrant spice to the Egyptians, they used cinnamon not just as a spice and for its therapeutic properties, but also included it as an ingredient in their embalming recipes. Egyptians also used cinnamon in drinks. The ancient Egyptian need for cinnamon (along with other Asian spices and herbs) played a significant part in the ancient spice trade. Egyptians valued cinnamon as much as gold itself.

Cinnamon in the Ancient World

The ancient Hebrews, Greeks, and Romans used cinnamon for a cooking spice and perfume. They hailed is as a cure for many health problems. Cinnamon is mentioned in the Old Testament of the Bible. In it, God tells Moses to make an annointing oil using cinnamon and other materials.

The ancient Romans loved cinnamon as well. Often they used it at funeral pyres for wealthy citizens. It is said that Nero used an entire year's worth of cinnamon at his beloved wife's funeral. Following the downfall of ancient Rome, trade with Asian countries came to a practical stand still.

Yet one way or another cinnamon, also finally arrived in European countries. Cinnamon was one of the first resources traded for with Asian countries. A German document from the 1100s states that cinnamon is excellent to cure colds, flu, for the sinuses and also for many forms of cancer.

The reputation of cinnamon surged during medieval times in Europe. It became one of the spices in highest demand. Only the rich could afford coveted cinnamon. During the Black Plague, cinnamon was used in sick rooms.

Cinnamon became such an important commodity, that countries were trying to monopolize cinnamon. One of the reasons the Portuguese settled in Sri Lanka was to take advantage of cinnamon as a valuable resource. The British did the same. By the 1800s, other tropical regions had begun growing and harvesting cinnamon, so it became cheap enough for everyone to afford.

From the 17th century, Europeans regarded cinnamon mainly as a kitchen spice. They didn't use it for restorative healing. Rather, they made use of it simply to disguise the bitterness associated with alternative therapeutic spices. However, as time went by, cinnamon gradually obtained the previous status as a healer.

Cinnamon is still one of the most widely used spices for cooking today. It is used in almost every type of cuisine. Plus, cinnamon is still gleaning interest from the medical field for its healing powers against many health conditions.

All About Cinnamon Spice Trade 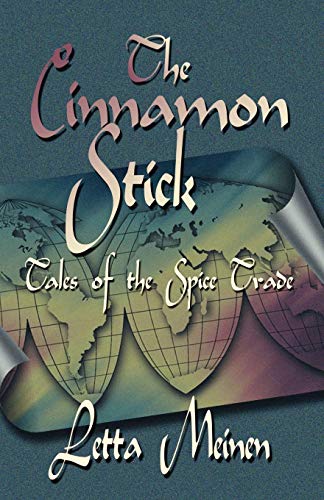 THE CINNAMON STICK: Tales of the Spice Trade
Buy Now

Mmm! Cinnamon Buns - One Reason Cinnamon Will Always Be Popular