Using the Scoville scale the Naga Viper Pepper Measures an astounding 1,359,000, compared to the previous hottest pepper the Bhut Jolokia at 1,001,304.  The Scoville Scale us a a heat measurement from a chemical compound called capsaicin.

Darth Naga Vs The Naga Viper 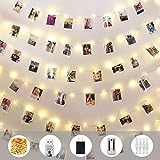