Sausage, bacon and egg is a classic, hugely popular combination but it is perhaps most often considered as the holy trinity of a hearty, fried breakfast. The reality is, however, that these simple ingredients can be combined to great effect in a number of different ways, one of which is by including them in a very satisfying sandwich. This page will look at several options for making bacon, egg and sausage sandwiches but it will begin by looking briefly at the different types and forms one of these ingredients in particular can take. Think that bacon is bacon and that there is nothing further to say? Read on...

The Difference Between American Bacon and British Bacon

Bacon is a hugely popular food item in both the United States and the United Kingdom. What many people don't realise, however, is that there is a big difference between American bacon and British bacon in that the meat represents cuts from different parts of the pig. While American bacon is taken from the belly of the pig, standard British bacon is taken from the back.

American bacon is known in Britain as smoked streaky bacon. Where this bacon is sold unsmoked, it may be referred to in the Unites States as side pork, while in the United Kingdom, it is known as unsmoked streaky bacon. The most popular bacon in the UK - what will generally be referred to simply as bacon - has much more meat and less fat. It is produced and sold both smoked and unsmoked.

These differences highlight the principal discrepancies in the trans-Atlantic definitions of bacon but the story does not necessarily end there and many other types of bacon can be found around the world. Although this fact may often prove confusing, the up side is that it allows many more tasty ways of cooking and enjoying bacon, either on a plate or on a sandwich.

Do note that where different types of bacon have been used in the different recipes below, they are interchangeable in each instance and the preferred type can be substituted if desired.

Sausages exist in countless different shapes and forms, both nationally and internationally, while the different types of bacon has been touched upon further up this page. What many people may not consider, though, is that it is not only chicken eggs which can be used in cooking, with duck eggs providing a very tasty alternative where they are available. 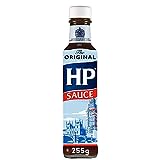 Pancetta is an Italian form of bacon, also taken from the belly of the pig. This recipe sees it served with sausage and chopped egg on an Italian ciabatta bread roll.

Please Register your Opinion of the Recipes on this Page

Cast your vote for these bacon, egg and sausage sandwich ideas