How to Make an Omelet with an Ostrich Egg

One of the joys of travel is discovering and trying new things and this includes new foods as well.

For most, the new food experience is found in restaurants. When traveling one has to eat out unless they are staying with friends or in a timeshare where they can store and prepare their own food.

Sometimes the new food experience is nothing more than a common food or food preparation that the traveler hasn't tried before.

Since vacations, or business trips with an expense account, are a time for new things it is only logical that one tries a new item on the menu.

This is especially true of business travelers who try to compensate for being alone and away from home by splurging with the expense account.

Expense accounts are great for trying something new and more expensive that what one is usually comfortable spending when using their own money.

Then there is the exotic.

Thanks to globalization and modern transportation, common food dishes from far away places are now readily available almost anywhere.

One only has to look in the yellow pages or do a search of local restaurants online to find restaurants specializing in either regional foods in large nations like the U.S. or foreign foods from almost any nation.

Restaurants specializing in foreign foods are not the , bookstore shelves are overflowing with cookbooks containing instructions for making almost any kind of food on earth and, more than likely, the ingredients needed can be found in any large supermarket.

My Wife Suggests Omelet's for Dinner

On a recent Saturday, the only day of the week which my wife and I both have off from work, my wife and I decided to get out and enjoy the nice spring weather. At her suggestion we headed up to Picacho Peak, an small mountain about 40 miles up the Interstate from our home in Tucson, Arizona, and revisit the Rooster Cogburn Ostrich Ranch which is located at the base of Picacho Peak.

After spending a couple of hours viewing, feeding and taking pictures of the ostrich, donkeys, deer and lorikeets we decided to leave and, passing through the gift shop on the way out, my wife suggested that we buy an ostrich egg. Ever on the lookout for something new, I agreed and, after parting with $15, we left with my wife carrying a three and one half pound ostrich egg which was to be our dinner that night.

Extracting the Egg Without Destroying the Shell

Ostrich are descendants of the dinosaurs which makes their eggs similar to those of the dinosaurs. The shell of the ostrich egg is the thickest of any eggshell in the world. They are tough and feel almost like plastic.

While thicker and harder than the shells of chicken eggs, ostrich eggs are still fragile and are probably slightly easier to break than the plastic egg shells that one can buy in stores at Easter.

In addition to their large size and thickness, ostrich eggs have a shiny enamel like sheen to them.

This is because, after laying the egg, the female ostrich applies a coating to the shell that gives it that sheen and enamel like appearance. The coating is designed to seal the egg to prevent bacteria from entering it.

In addition to eggs, the gift shop also sold empty egg shells - whole shells with a 1/2 inch hole in the tip from which the egg yolk and white had been removed.

In order to enable us to protect our investment in the shell, all of the eggs available for sale had had their tips scored, a process whereby someone at the gift shop had carved a half inch circle on the tip which weakened that area.

This made it possible for the purchaser to knock out the circle with the handle of a table knife or other similar blunt object so as to be able to empty the contents without destroying the shell.

At $10 for an empty shell and $15 for an entire egg and shell, the shell is obviously the most expensive part of the ostrich egg.

The shell alone makes a nice conversation piece and, with Easter coming soon a decorated ostrich egg makes for a great centerpiece on an Easter dinner table.

Returning home from our trip we decided to use whatever we had in the refrigerator to make the omlet.

Unfortunately, the only omlet ingredients on hand, other than our newly purchased egg, were some tomatoes, cheddar cheese and onion.

Once I had mixed the yolk, I proceeded to shake the contents into a large mixing bowl.

I then added the oninon my wife had chopped along with some salt and pepper and stirred the mixture together.

Next I poured some olive oil into a large pan after which I poured the egg mixture into it. Once this was done, I turned on the burner on the stove top under the pan with the egg mixture.

Because the one ostrich egg was the equivalent of two dozen regular chicken eggs, I substituted a large round baking pan that was 12 inches in diameter and 3 inches deep instead of using one of our regular frying pans.

Ostrich eggs are lighter and fluffier than chicken eggs and appeared to rise some while cooking.

It was at this point that I discovered that the semi-cooked egg mixture was about 1/2 inch thick.

While, the half without the other ingredients did not fold very my wife and I together did manage to fold it enough to get a decent omelet.

Cleaning and Saving the Shell

While the omelet cooked, my wife proceeded to clean the shell so that it could be saved.

The cashier at the Rooster Cogburn Ostrich Ranch had recited to my wife the following instructions for cleaning the empty ostrich egg shell:

- Mix a small amount of chlorine bleach with water

- Pour the water and chlorine mixture into the shell

- Pour the water and chlorine mixture out of the shell

Once dried, the shell, which is much harder than that of a chicken egg, can be used as a decorative conversation piece. 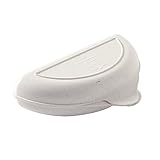 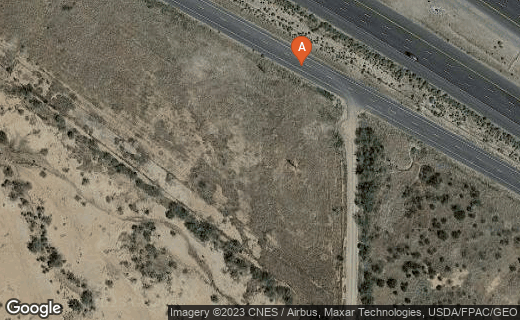 Have you ever eaten eggs from birds other than chickens? 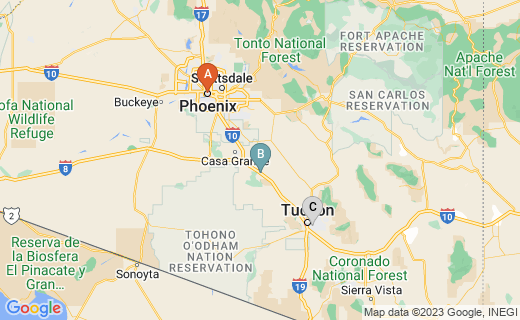