Enjoy this easy and incredible tasting recipe for home-style chicken & dumpling stew. While it may seem like a lot of work, this recipe can feed two people for 3-4 days, or you can freeze it for later. It's great for the winter months, or when someone is sick and needs a hardy, but healthy, meal. The following recipe is divided into 3 stages: the chicken, the stew, and the dumplings

Thaw the chicken if frozen, dice, and place into a bowl (removing any remaining skin, fat, or vascular tissue). Mince 1 large white onion, and add it to the bowl of chicken. Then take 3 garlic cloves and peel them (the best way to peel garlic is to slice each glove only slightly in half, hit them with your knife, and the garlic will slide right out). Mince the garlic, and pour a half tablespoon of salt onto the garlic. Then use a heavy bottomed glass (like a tumbler), and mash the garlic repeatedly into a nice paste (the salt causes the garlic to moisten). Add this to the chicken and onion, and mix. Then use 1 tablespoon of the seasoning (or whichever seasoning you prefer), mix, and cover. Place in the fridge for 1 half hour.

After a half hour, add 1 tablespoon of olive oil to a large soup pot on medium/high. Put a drop of water in the oil to see if it's hot enough (if nothing happens, it's not hot enough. If it sizzles, it's perfect, and if it spurts, it's too hot!). Once the oil is ready, throw the chicken/onion/garlic mix in, and sear the chicken until it's golden brown (If you're not overly worried about making a healthier stew, you can throw a half tablespoon of butter in at this point to really brown the chicken. If you want a healthy stew though, skip this step). Set aside. Now for the stew.

Begin by preparing all of the vegetables. Dice the celery (removing the top and bottom), and dice the potatoes (leaving the skins on). Peel the carrots, and dice, and chop up the parsley leaves. Now, pour both stocks into the stew pot with the cooked chicken (slice a hole in the top of the stock - it will pour better). Add all of the vegetables, 2 tablespoons of your seasoning, and a few shakes of salt and pepper. Cook the stew on medium/high with the top on for one hour, stirring every ten minutes. After a half hour, add 1 cup of water.

After an hour of cooking, you're ready to add the cornstarch to thicken the stew. Combine 6 tablespoons of cornstarch with 3/4 cup of warm water in a separate bowl, and mix. Then, turn down the stew, and slowly add the corn starch mixture. Don't over stir. The stew should thicken, and turn a beautiful golden color. Now you're ready to make the dumplings.

While you can make your own dumplings, this is often complex and difficult. The fastest and easiest way to make great tasting dumplings is Bisquick.

While it may require hard work and a few ingredients, the flavor of the soup is well worth it. And, this recipe alone will feed 2 people for 3 or 4 days, and can be frozen for months. It's perfect in the winter, or when you're sick. Enjoy, and good eating!

Books By This Other Available For Purchase: 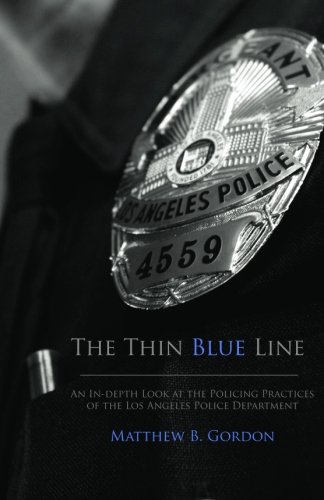 The Thin Blue Line: An In-depth Look at the Policing Practices of the Los Angeles Police Department
Buy Now