Cast your vote for Pasta and Bean Stew

What is Pasta e Fagioli?

I grew up in a mostly Polish-German area of north central Wisconsin. The only Italian food that we ate came from cans labeled Chef Boyardee.

I tasted my first pizza when I attended the University of Wisconsin in Madison in 1958. When I graduated from school, my first job was for Dupont in Newburgh, New York, where the population was mostly Italian.

All of the young engineers working at that location had hourly assistants helping them. Mine was named John Dubaldi and another one was Frankie Fabiano.

Frankie was newly married and each day he would call his wife before leaving work to ask if she wanted him to stop for anything on the way home. She would always end her list with "and bring me a pack of cigarettes and a surprise".

Frankie used to always rave about his wife’s "pasta fazool" as he called it. He would say "I have to hurry home tonight because my wife made pasta fazool with a leftover ham bone.

Unfortunately, he never invited me to dinner, but he made me curious and I eventually learned to make it on my own. Many recipes for pasta fazool start with some pancetta or bacon, but I like to start with a leftover ham bone just like Frankie’s wife did.

1 Ham Bone with some meat left on it

Newburgh, New York where I first heard about pasta fazool 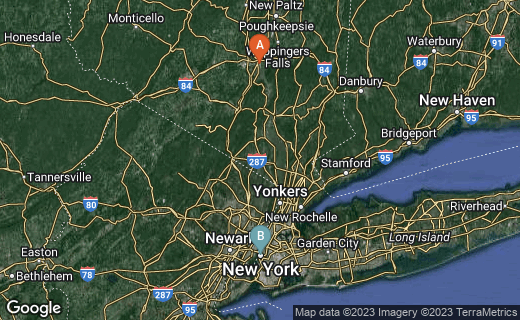 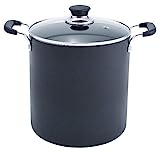