Actress Zsa Zsa Gabor was a frequent customer of the Kahiki and always ordered milk.

The Kahiki Supper Club was built in Columbus OH from 1960 - 1961 and operated successfully until 2000. In fact, in 1997, it was included in the National Register of Historic Places. Ironically, it was demolished to make way for a new Walgreens Drug Store when that chain came back to town and Columbus residents still miss the huge Tiki hut building with giant Moai heads and tall burning torches out front on East Broad Street.

Zsa Zsa Gabor was a frequent customer of the Kahiki and always ordered milk.

However, Kahiki Foods just to the east in the suburb of Gahanna is an incredible purveyor of the Polynesian meals that were once enjoyed in the supper club. The food is so good, that some families have believed the restaurant is still open as they appear at the Gahanna address for dinner!

Before the Kahiki, a Tiki bar operated on the location. It was called the Grass Shack and when it burned down in 1960, the Kahiki was constructed to replace it.

In 2000, we heard much discussion and saw may media pieces on the Kahiki, with tentative plans to reconstruct the restaurant on the Scioto River Waterfront alongside the Santa Maria museum ship, the new city park, the Center of Science and Industry, and the city's riverside concert pavilion. Such did not happen, but we hold out hope for the future while we still enjoy the food.

Many of the decorations of the Kahiki Supper Club went into storage, but many others were purchased by the Fraternal Order of Moai headquartered in Columbus (see links below). All of this is still so fascinating that The Columbus Dispatch newspaper continues to present feature articles covering the Kahiki Supper Club and Kahiki Foods. We want the restaurant back, but love the food manufacturer!

See the fireplace removal below and look at the landmark when it was still standing as a National Historic Place.

A child's life is like a piece of paper on which every person leaves a mark. – Chinese Proverb

Visit Online with the Kahiki

Kahiki Foods, a Tradition since 1961 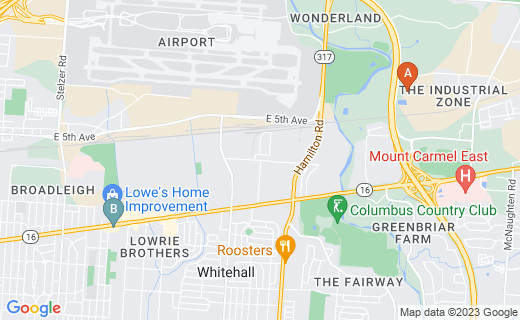 The site of the Kahiki is now a Walgreens Drug Store and the Desert Inn restaurant across the Street became a Playboy Club for a short time and then a McDonald's.

Many Indigenous Peoples carve longboats for fishing, fighting, ceremonies, and travel; but those of the Polynesians and the Pacific Northwest Nations are similar.

The Kahiki took the form of a Polynesian longboat used for fighting, but also resembled the longhouse used by Polynesians, some of the Pacific Northwest Peoples, and by some Easter Woodlands Nations.

Oral traditions say that totem poles floated into the British Columbia Area from Polynesia before 1700 and carved totem poles and other carvings are still found in Polynesia and other Eastern Hemisphere areas.

Two stone heads like those of Easter Island stood at the front entrance of the property and people used to drive by just to look at them.

Fascinating with each visit, the Kahiki entertained friends and me with good food and interesting special effects. I remember inset aquariums around the walls and a rain forest wall with falling water in particular.

An aviary was also present and a keen attraction among the Polynesian décor. Macaws inhabited the bar area. The exotic décor included individual thatched huts and Easter Island heads of different sizes (one inside was a huge fireplace). Time was always interesting and fun to spend in an evening at the Kahiki and we celebrated New Year's at the supper club several times in the 1990s.

One feature of the restaurant was the Mystery Drink and its Mystery Girl, reminding patrons of classic mystery films of the East.

When someone ordered the drink, a large gong would sound and a beautiful Mystery Girl appeared and presented the drink with a smoking volcano in the center.

Beachcomber Trio at the Kahiki in 1965

A Taste of the Kahiki - Traveling Restaurant

You can still have dinner at a type of traveling Kahiki and this is always advertised on the company's blog (see their web site above).

In this type of event, Kahiki Foods recreates the much-loved Kahiki Supper Club at local malls and other venues around Central Ohio. Staff presents delicious samples of Kahiki products and puts on a series of cooking demonstrations during the day. At night, the company serves the Kahiki Dinner, offering a tiki bar with drinks from the original restaurant. Prices are reasonable.

The Kahiki still knows how to have fun. This time, it's with its own warehouse equipment!

These professionals drive their forklifts and pallet jacks through a challenging obstacle course for cash prizes and trophies. They have to pilot through a series of cones, transfer a pallet, and even grab a basketball and make a basket without dropping the ball. And a stopwatch is ticking all the time -- What fun!

Even more fun is that Kahiki Foods offers contests for customers as well. Their blog tells it all.

Kahiki Foods is a top Polynesian style frozen foods producer for the retail and food services markets throughout USA, Canada, and even Mexico. Before the supper club of the same name closed in 2000, the company entered the realm of food manufacturing in 1993 under the late Michael Tsao. His wife and sons are still active in the business

The company makes over 70 products like appetizers, egg rolls, meal kits frozen Asian entrees, and a line of high-quality sauces. The company line called Naturals are just as tasty as the rest of the products, but contain 100% natural ingredients, These foods and meals contain a artificial additives, no artificial colors, no preservatives, very minimal processed ingredients, 0 Trans-Fat, are GMO-free Ingredients, and contain lower sodium.

One dish that has not yet been duplicated as a frozen entrée is the Tahiti Mermaid. It was a top quality beef tenderloin that was stuffed with cheese and crab meat. The recipe shows up in the Internet from time to time.

In Columbus, Near the Airport, Shop for Kahiki Foods at 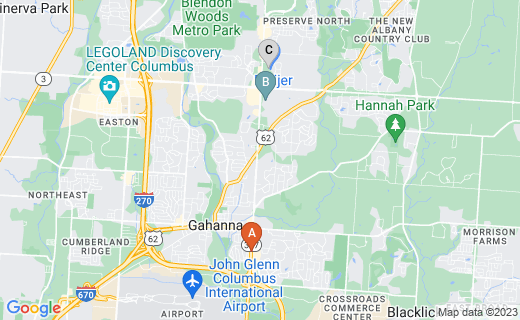