If you're unfamiliar with Belgian Beers then let me give you a brief summary before we go on to look at Kwak and other Belgian beers in more detail. Belgian beers are generally very strong; each Belgian beer normally has it's own distinctive glass; A common variety of beer in Belgium is Trappist ale - that is, beer brewed to precise specifications by Trappist Monks.

Trappist Monks are a branch of monks who are part of the Cistercian Order. I can't tell you too much more about them other than the fact that they make very strong and very tasty beer!

No trip to Belgium would be complete without sampling a few of the finest (and strongest) Belgian beers.

Inspired by a recent trip to Bruges in which I delighted in sampling a variety of ales I thought I'd write this article to share my experiences with you, the reader. In this article we'll take a look at some of the best Belgian beers, examining their qualities and their histories. 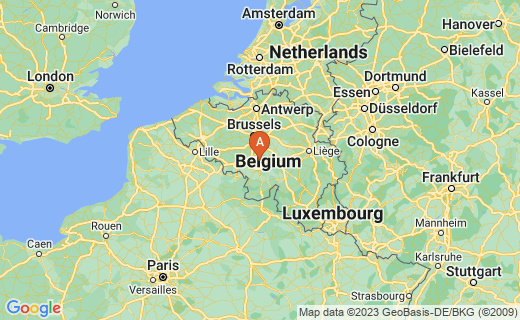 Belgian beer is synonymous with having a high alcohol content and strong flavours. What I find staggering is the huge variety of Belgian beers on offer. On a recent trip to Belgium I went into several bars and pored my way through page upon page of different beers in their very own beer menu.

There are more than 170 breweries producing Belgian beers with the vast majority being small operations producing craft beers, although there are of course one or two international mega-brands such as Stella Artois which is sold in bars, cafes and restaurants around the world. Craft beers are types of beers that are hand-crafted and produced following traditional beer-making techniques as opposed to the more modern factory produced mass-market beer. Craft beer has exploded in popularity over the last few years. What was a bit of a niche movement has now become super mainstream and you'll find even the most lowest common denominator bars and pubs advertising their latest 'craft beer'.

One of the most common examples of a craft beer is the Belgian beer produced by the Trappists, as highlighted above. Trappist beer cannot really be aped by the bigger corporate brands as it can only be labelled Trappist beer if it has actually been produced by Monks of the Cistercian Order.

What is Trappist Beer

Trappist beer is not a particular type of beer, it is simply a label that denotes that the beer has been produced in the Trappist way. This strict Trappist beer-making method means that these beers cannot really be mass-produced to the degree that international brands such as Stella Artois can produce their beers. But this affords Trappist beers some prestige and integrity that appeals to fans of quality Belgian beers and craft beers in general. One of the Trappist beer producers in Belgium, Rochefort, produces one of the strongest Belgian beers available, Rochefort 10 which has an alcohol volume of 11.3%.

There are nineteen different types of Belgian Beers including white beer, india pale ale, fruit beer, wheat beer and strong ale which is generally the beers brewed above 7%.

For me, the best Belgian beers are:

Kwak Beer and the Kwak Glass

Did you find this hub on Belgian Beers Interesting?

With over 170 breweries in the country producing all types of Belgian beers and with new products and limited editions coming out all the time, it's no surprise that Belgium has it's fair share of Belgian beer festivals. The biggest and most popular of the lot, being the one based in the capital, is the Brussels Beer Weekend. Entry to the festival is free and features over 350 different Belgian beers presented by breweries of all sizes. This is the place to go to discover the best Belgian beers.

Later in the year, in October ,in the small town of Lustin is another Belgian Beer Festival which is more like a kind of collectors fayre. Here collectors from all over the world converge to display all kinds of Belgian beer paraphernalia including beer coasters, bottles, glasses, posters, bar mirrors etc. The festival organisers claim that there will be more than 800 Belgian beers on display that include all the top Belgian beers.