The Noritake Christmas Ball #175, China pattern, Made in Japan

One of the most beautiful china sets ever created is the Noritake Christmas Ball #175, china pattern that was made in Japan from 1906 to 1991. This fabulous well-made china pattern has heavy gilt gold decoration that really makes this a stunning set of fine china dishes to set a holiday or celebration table with. The set has a white back ground with a yellow border and heavy applied 24k gold enameling in an elegant scrolling pattern with flowers in a ball or bulb form. The early productions are marked in green “NO.175 HAND PAINTED NORITAKE JAPAN” this would date them from 1906 to 1940; and others are marked in gold from the “Occupied Japan” period after World War Two, 1947 to around 1953 and others in the gold markings without “Occupied Japan” are later in the 1950s to the 1990s. The Noritake Factory was closed during World War Two and no china or porcelain for public usage was produced during that time; and amazingly the Noritake Factory survived the bombing of Japan during the war.

An Amazing number of Serving Pieces

There is an amazing amount of different serving pieces in the vintage Noritake Christmas Ball pattern. There an about fifty different styles and sizes of porcelain serving pieces in this famous Christmas Ball pattern. In the photo below are three examples of some of the many serving dishs. The first one is a dish with the single center handle is just over 8 inches wide. Next we have the round bowl is just over 9.75 inches wide from handle to handle. Finally we have the long dish/tray which is just over 13 inches long from handle to handle. It is truly amazing the number and variety of styling in this pattern.

Since 1904, the Nippon - Noritake China Company has been creating beautiful and high quality China pieces and sets in many wonderful designs. Their wonderful china and porcelain products have brought elegance to dining tables around the world. The Christmas Ball pattern shows the superior artistry and craftsmanship of this company and how the hand painting attention to detail is uncompromising. This company has shown commitment to quality to create the most remarkable dinnerware that can stand the test of time. In the early history of this pattern you will find the name Nippon on the china and porcelain pieces of this pattern, this later became the Noritake China and Porcelain Company.

Noritake Grew out of a Remarkable Trading Company

The Noritake Company of Japan not only had it root in the Nippon China Company but also grew out of a remarkable trading company that was originally established by the Morimura Brothers in New York City in the year1876. This trading and import company imported fine chinaware from Japan, and other gift items. In 1904 Nippon China Company the company that precedes the coming and development of the Noritake Company was established in the village of Noritake, a peaceful suburb of Nagoya Japan with the help of the Morimura Brothers in New York City. I guess now one can see where they got the company's final and lasting name, from the town the factory was founded in back in 1904 with the help of the Morimura Brothers.

Setting up a New Year Eve Party for Four.

In the photo below are a beautiful #175 "Christmas Ball" cup and saucer by Noritake. As you can see the condition is excellent, with no cracks, chips, scratches, crazing, or cut marks. No loss of gold anywhere. The owner kept this cup and saucer in a quilted protector case and felt they were too elegant to use. The set could not be more pristine it is museum quality! The bottoms of this set are appropriately back-stamped with the newer gold mark no. 175 HAND Painted Noritake Japan and in Japanese characters as well as English. No. 175 was produced from 1906 - 1992.

The earliest dinnerware plates like the Christmas Ball pattern of the Nippon Company were mostly hand-painted, often with liberal applications of 24k gold. By the early 1920s, the Noritake China Company introduced a more assembly line technique that allowed for mass production of high quality, and very affordable dinnerware for the consumers in the United State and overseas. With the tragic start of World War Two the company was forced to shut down the factory by the Japanese military, and mothballed the machinery, and luckily the many forms and molds of the different china patterns were saved as well within the faults of the plant. The employees were sent to ammunition plants to work for the duration of the war. Amazingly the plant survived the bombing raids and full production started once again after the war. In the ensuing years the Noritake Porcelain and China Company continued to perfect and improve its line of china and fine dinnerware.

The Chemical Composition of China

To understand fine chine you need to know that the chemical composition of china is a combination of clay, quartz, kaolin, feldspar, and a number of other minor but very important materials, and many are kept a secret. Once the cleanest and best materials are measured, mixed and properly prepared, the mixture is shaped and molded into the desired items and then go through a number of extremely high temperature firings for long periods of time. The number and the intensity of the firings are determined by the nature of the china that was being created. With the China Ball Pattern the china becomes very white and translucent at the end of these time consuming and delicate process.

China and Porcelain are the Same Product.

A lot of folk’s do not understand the use of the terms china and porcelain. In reality they are the same product. The term china is name after the country of it origin, and porcelain comes from the Roman word porcella that means seashell. So the Romans were implying an item which is white, smooth, and lustrous. The term porcelain is preferred in Europe. They like to use the word porcelain, and have many factories that make fine porcelain in Germany and Great Britain. The folks in North America like to use china after the name of the country it was created. America once had many factories that made china, but most Americans buy their china from Asia now. At one time Japan was the leading seller of china in the United States. It is still one of the top sellers of china in North America.

Nortake a Suburb in Nagoya Japan 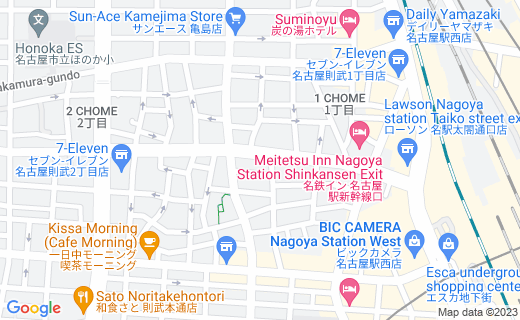 China is known for its Strength and Durably

China is at the top of the list in America of ceramic products because of its durability, beauty, and delicate nature. The extreme art and skill taken to produce it also impresses the consumer. Although it appears delicate China is known to have remarkable strength, great durably and an amazing resistance to breakage, this is all due to its composition and the high firing temperatures and the many processes that create it.

Bone china is made with calcified bone it is used as a refractory material and the firing temperature is usually much lower that regular porcelain china. Bone china starts the same way as porcelain china but includes an extra ingredient which is bone ash. Bone ash is a fine white powdery substance and the by-product of incinerated animal bone. The bone ash adds remarkable translucency to the body of the dinnerware, and makes the dish much stronger by making it softer. Bone china is usually delicate and much thinner and the glaze is smoother than porcelain china. The glaze unfortunately, is not as durable as porcelain china since it is softer and more yielding. Bone ash gives the body of the plate a unique pearl like milky white color. So by making the china dinnerware less brittle and more soft, the bone ash makes it more durable and resilient and less likely to break if dropped or mishandled. Ivory bone china and ivory china are the same as bone china with the only difference is an ivory coloring is added to the mixture before firing.

Marked with the Green Noritake Stamp.

Here is another photo of the mayonnaise server made by Noritake - NIPPON pattern #175 / 16034 / It has three pieces the mayonnaise server with an under plate and a very nice ladle. This is a very nice piece,there are no chips, cracks, hairlines or repairs on any piece. The gold filigree and trim is near mint. The Mayonnaise Bowl measures 5 1/4 inches in diameter and stands 3 1/4 inches high without the under plate. This one is marked with the green Noritake #16034 stamp. The Under Plate measures just about 6 1/8 inches in diameter. Together, the two pieces stand 3 1/2 inches high. Under Plate has no back stamp. The Ladle measures just about 5 1/4 inches long. The opening of the Ladle measures 1 3/4 inches in diameter. Marked with the green Noritake #43061 stamp. This set could be used to serve a variety of different things, such as salad dressing, and would be a wonderful addition to any Noritake Christmas Ball #175 collection.

A Beautiful Made in Japan Noritake Christmas Ball Demitasse Set