Was There Ever a Scarborough Fair?

Scarborough Fair. What a lovely name. Was it chosen by chance by a lyricist’s pen? Is it perhaps an idyllic muse in someone’s fancy? Is it a place of myth or imagination?

Scarborough Fair was a real place, actually a destination, in Medieval England. The seaside town of Scarborough is in Yorkshire, the largest county of England, tucked in her northeast corner. By a charter granted by King Henry III in 1253, Scarborough was granted:

"The Burgesses and their heirs forever may have a yearly fair in the Borough, to continue from the Feast of the Assumption of the Blessed Virgin Mary until the Feast of St Michael next following". (On the modern Roman Catholic calendar, the equivalent dates are August 15 to September 29.)

Are You Going to Scarborough Fair?

The air is filled with the sweet scent of smoke and apples roasting over a fire. Musicians with lute and timbrel provide a joyful lilt; children dance to the merry tune as their parents clap in rhythm and smile.

Six robust, red-faced, and no doubt somewhat inebriated men sing, (slightly off-key), a lusty song of warring and women. A crowd encircles a small troupe of acrobats who spin and tumble, and in the midst of the crowd stilt-walkers and fools evoke loud, raucous laughter.

In a nearby field an archery tournament provides an opportunity for a show of skill.

This is Scarborough in the 13th century. A 45-day trading event invited much more than local farmers merely selling produce. This six-week festival attracted peoples from distant lands--Norway, Denmark, the Baltics, and even the eastern Roman Empire. Although the main objective was commerce, there can be no doubt that the celebration at Scarborough had no lack of merry-making. Merchants were determined to find a competitive edge, to provide some form of entertainment to entice and attract customers, and entertain they did.

There was always fun to be found at Scarborough. And Scarborough became a Fair. 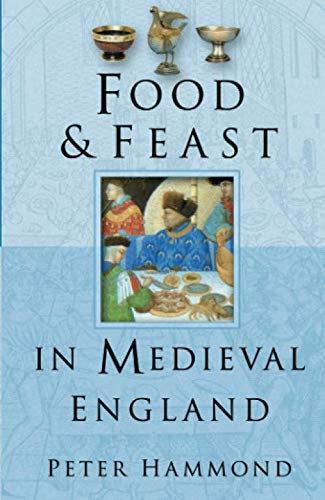 Remember Me to One Who Lives There

Our lonely troubadour asks a friend to seek out his long-lost love. But what are we to make of the riddle “Parsley, sage, rosemary, and thyme”? These four herbs were not chosen because they provide a pleasing cadence—in medieval times plants were curative, meaningful, and mystical. These herbs tell a deeper story.

This under-appreciated little green herb is so much more than a garnish for your dinner plate. Parsley is rich in vitamins A, C, E, and iron and is helpful in aiding digestion, and therein is the first clue in this riddle. Historically, it was thought that parsley could remove bitterness in one’s stomach. Could it also clear away the bitterness in one’s heart?

According to Celtic tradition, sage is the symbol of health, longevity, and wisdom. The botanical name, salvia, comes from the Latin savere which means to be healthy. The young man wants his true love to have health and wisdom—the wisdom to come back to him?

This beautiful evergreen bush with pine-scented needle-like leaves is associated with love and in ancient times was woven into a headpiece for the bride; the groom and guests wore sprigs of rosemary on their clothing. Love me.

The strong scent of rosemary lingers –a token of remembrance perchance? Remember me.

(Thymus vulgaris) For thousands of years, this hardy perennial has been ascribed with healing properties. The Greeks believed that thyme could remove melancholy feelings and reduce stress. Do not worry, do not be sad, for I will return to you.

She Once Was a True Love of Mine

Our troubadour wants his lady love to put the past aside; allow the bitterness in her heart to be healed. Remember him, remember the love they once shared, and allow happiness to once more fill her heart.

The Rest of the Story

Simon and Garfunkel recorded this ballad as a pop tune in the mid-1960's; but the tune and lyrics are almost as old as the true Scarborough Fair.

The second verse of the ballad as sung by Simon and Garfunkel contains these phrases:

How can one fashion a shirt with no seams? Is it mere coincidence that this seemingly impossible task is found in an old Scottish ballad, The Elfin Knight which dates back to about 1670? In this ballad, an elf threatens to abduct a young woman to be his lover unless she can perform an impossible task (“For thou must shape a sark to me / Without any cut or heme, quoth he”)

It is an interesting journey into the past, and now you know the 'rest of the story'