For years, I was obsessed with alcoholic beverage recipes, and in fact, I had considered becoming a bartender when I was a teen. Ironically, I rarely even drink, except on holidays. As a frequent hostess, however, I realize how festive party drink recipes can be. They can help guests relax and “loosen up,” and they serve as great icebreakers. And while individual drink recipes are nice, they can be expensive and time consuming. You’d need to have all sorts of spirits and mixers on hand, and unless you can afford to hire a bartender or two, you’ll spend the entire evening making drinks for your guests. A good alternative is to explore party punch recipes.

There’s a world of party punch recipes, ranging from champagne punch to vodka punch to rum punch recipes. The beauty of a party punch is that you can make a huge bowl at the time and let guests serve themselves. This will be much easier on you than looking up and mixing a score of different beverage recipes and trying to make individual cocktails. It benefits your guests, too, as they won’t have to wait for drinks to be mixed.

One party punch that you might want to consider serving at your next gala is Chatham Artillery Punch. It has a long history with soldiers, military officers, and ladies and gents of the Deep South, and it might have even helped save the lovely city of Savannah.

According to legend, when General Sherman and his troops arrived in Savannah to burn the city, the genteel southerners so charmed the invaders that Savannah was spared. The locals hosted festive soirees for their “guests,” and they wined and dined them with local specialties. One of these offerings was a concoction known as “Chatham Artillery Punch.”

The Chatham Artillery unit formed long before the Civil War, in 1785, as a standing militia for Chatham County, Georgia and the surrounding region. In addition to being a military organization, it was also a social group that enjoyed regular gatherings. After the southern belles made their favorite party punch recipes for the soirees, the men would sidle up to the punch bowl and add their own favorite ingredients – usually rum, rye, bourbon, brandy, and other spirits. After a few such heady additions, the “proof of the punch” increased dramatically.

Was this powerful punch really served to General Sherman and his men? Probably so. Did it really help Savannah avoid Atlanta’s fate? We’ll most likely never know the answer to that, although it is conceivable that the beverage clouded the general’s thinking. The real reason the City by the Sea was spared is more likely due to its strategic location and its port. They were more useful to Sherman in working order.

Recipes for Chatham Artillery Punch were kept secret for decades, until the New York Herald Tribune published one in the 1930s. Today, there are lots of different recipes for this punch. The original recipes are a bit strong for modern partygoers, however, so the alcoholic content has been toned down, for the most part. I’m not a big drinker, and I don’t like a strong alcoholic taste in my beverage recipes. As usual, I did some “tweaking” to the old recipes I found. 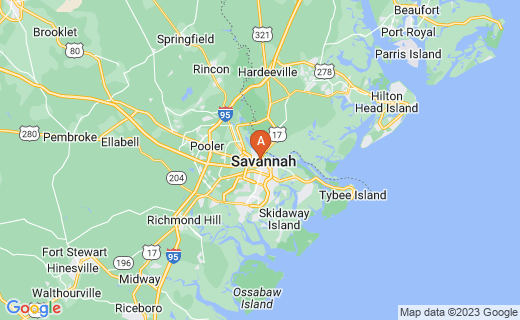 Rate my party punch! Thanks!

I like including a Christmas party punch in my Christmas Eve celebration, and the Chatham Artillery Punch serves this purpose well. In keeping with traditional seasonal colors, I use four limes instead of two limes, one orange, and one lemon. I sometimes add some red food coloring to the punch, too. This creates a bowl of red and green, echoing the colors in my holiday china and serving dishes.

Sometimes, instead of using crushed ice, I’ll add a little more lemonade to the punch and make an ice ring of ginger ale and cherries to float in the bowl. If you decide to take this route, chill the non-alcoholic ingredients before adding them to the punch bowl. Fill clean gallon jugs with more punch and keep it in the fridge, ready to replenish your punch bowl when it gets low.