Why Adobo Became the Most Popular Filipino Dish

‘Adobo’ is a Spanish word to a method of food preparation or preservation.

The Filipinos have different ways of cooking adobo: classic, basic, and diversified. Thankfully, only three will be discussed here. :)

The Classic method is similar to the pot stew because the meat is slowly cooked in its own marinating sauce. All the main ingredients for adobo recipe listed below are mixed together thoroughly to make the marinade. The pork meat is cut into large cubes and marinated overnight. This technique is originally intended to preserve the meat through vinegar and salt when refrigerator was not yet invented. One disadvantage of the classic adobo is its lackluster appearance. The meat is very tender, pale in color, and looked slightly mashed.

The Basic method of cooking adobo often resulted to chewier, tastier, and better looking meat chunks drenched in thick dark sauce. There is no need to marinate the meat. The compact texture of the meat is attained through stir-fry method before letting it simmer in sautéed garlic, onions, and other spices. Cooking is also slow and over very low heat to avoid burning.

The Diversified adobo has other ingredients similar to vinegar -- calamansi and lemon or even lime and tomato. Dried oregano and red or green hot chili are also added to further enhance the taste of this adventurous version of the adobo dish. Sometimes, the meat was marinated and fried or grilled first before cooking with the adobo sauce. The adobo dish had even found its way inside the oven or the turbo broiler and baked to produce the crispy edges or the dried and jerky texture of meat.

The Spanish adobo mainly consists of a marinade made of spices, salt and vinegar. One of the spices, paprika, comes from red peppers. It helps enhance the flavor and the color of the food during marinade.

In Mexico and Puerto Rico, the adobo refers to a seasoning mix consisting of spices and vinegar. It is often used as a marinade or a rub on meats before cooking. Instead of the paprika in the Spanish adobo, the Puerto Rican adobo uses chipotle (red jalapeño pepper). Other spices commonly added are ground cummin and dried oregano.

The Filipino adobo is a cooking technique that includes vinegar – but not exclusively used for meats like pork and chicken. Using the basic steps of adobo, even vegetables and seafoods can be the main ingredient to the adobo dish.

How to Cook Classic Adobo

Optional: a couple of chili pepper

To Marinate: Except the meat, put all the ingredients in a deep bowl and mix thoroughly. Add the meat and make sure to coat each cube with the marinade. Cover and leave inside the refrigerator overnight.

Spices on the Go from Amazon

Fortunately for all homemakers and kitchen enthusiasts, the fresh spices that the adobo recipe require are processed now. Both the garlic and the onion are in powder or dried flakes form. These are perfect alternative to freshly crushed garlic and chopped onions when cooking adobo. You can buy your spices from the supermarket or have them shipped direct to your home. 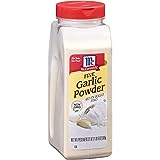 Spices are not recommended to be bought in bulk because their essence usually has short shelf life. They often come in cute little jars or containers that look even cuter when organized in a spice rack.

Pork Adobo likes to be cooked slowly. Adding a slow cooker in your kitchen would be a wise investment when you love cooking adobo at home. A pan with cover would work just as perfect, of course. 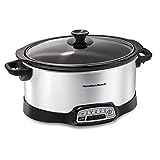 How to Cook Simple Adobo

Fry the soya bean cakes until brown all over. Drain well. Add the fried cakes when pork adobo has about 2 minutes of cooking time left.

How To Thicken Adobo Sauce Fast

Mix 1 Tbsp cornstarch in 2 Tbsp water and stir in to simmering adobo.

Adobo is so versatile the list for alternative 'meat' ingredient is endless!