I stopped watching a couple of cooking shows on television when I found out that they promoted giving unhealthy hot dogs to the poor, while they whitewashed the practice by calling the hot dogs protein. While hot dogs may be better than nothing in an emergency, feeding them to the poor every day will make them sicker than they already are. I wish that the TV host and sponsors had acknowledged what they'd actually been doing. Food and public service tricks are not nice.

This is even more upsetting since, when an aunt visited a hot dog manufacturer in Chicago that regularly advertised "no fillers" in its all-meat hot dogs, she saw large boxes of cereal, including the cardboard boxes, tossed into the vats of processing meats.

Look, I eat hot dogs myself once a month or so, but I don't give them to the poor and set up an image to the public that I am giving them roast beef or ham.

My next surprise was reading a book called Capitol Hill Cooks by Linda Bauer, published in 2012 by Taylor Trade Publishing. It contains favorite recipes from all of our Congressional and Senatorial representatives, as well as versions of recipes served during most of the White House Administrations. Overall, the book is very interesting and the recipes good. Some are even unique.

One of the recipes took me aback, because it innocently listed the fish options for the main dish as: skipjack, mullett, dolphin, or island fish. I was of the understanding that we do not eat dolphin in the United States. Dolphins are even registered citizens in one part of Japan.

However, I found an American restaurant chain that really serves fried dolphin sandwiches and grilled dolphin entrees, especially in Florida/ It is the Islamorada Fish Company Restaurant. Not all dolphin species are endangered or threatened, so I learned something in this research.

GUAM - Micronesia In the South Pacific 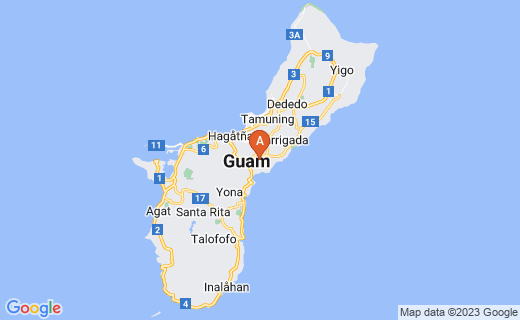 The following species of dolphin are in endangered status in Guam, as per the Guam Department of Agriculture's GCWCS, Chapter 3.

These species should not be harvested for food:

Wildlife and the Environment Protected In Guam

Reading the recipe a second time, I found that it is the favorite of a US Congresswoman from Guam - Ms. Madeleine Z. Bordallo. That being so, I recognized that dolphin may have been a staple food fish at one time around that island nation. In fact, the Congresswoman may or may not have ever have eaten dolphin meat herself.

The US Naval Base on Guam has won honors for conservation and environmental preservation, indicating the the environment and wildlife are important to the government of Guam. At the same time, Congresswoman Bordallo advocates for the bill, HR 44, that will recognize people from Guam that served in World War II. This is another worthy cause for the good of the people and the island.

Congresswoman Bordallo, elected in 2003, was the fist woman to represent Guam in the US House of Representatives. She serves on the House Committee on Natural Resources, another indication of her concern for the environment, especially since she sits on the Subcommittee on Fisheries, Wildlife, Oceans and Insular Affairs.

Here is my own version of the recipe from Guam called "Governor's Fish In Coconut Milk." Many versions of the recipe exist, but I like my own - with no dolphin.

Ms. Bordallo's late husband, Ricardo Bordallo, was the controversial Governor of Guam during his lifetime for eight years in non-consecutive terms. He also used to run Ricky's Suburban Club bar and restaurant in the capital of Tamuning.

More About Dolphins as Food in the 21st Century

Anyone ready for a dolphin sandwich? The worrying rise of 'bushmeat of the sea' as fishermen also serve up seals and walruses By Lee Moran. 13:01 EST, 4 January 2012

The eating of sea mammals - including seals, sea lions and walruses - is becoming increasingly popular in poor nations across the world. Fishermen struggling to make ends meet, because of a fall in coastal fish catches, are being forced to turn to the more meaty alternatives.

Hubber friends have listed the dolphinfish or Mahi-mahi as the meant alternative for the "dolphin" in the original recipe from Guam and I hope that is the case. I have tasted Mahi-mahi only once and did not care for it - from the image, it looks like a monster to me. Cheers for all of you who love it! And try my own recipe above.

Catching Seafood and Gathering In Guam