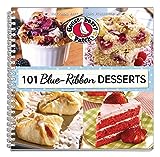 Can we say Happy Accident, mon amis? Some things are destined, and in this case the Food Fairies guided my hand.

I wanted a molten lava cake based on the red velvet so beloved in my Southern homeland - but it just wasn't working out like I wanted. I couldn't really capture the light cocoa flavor and slightly rough texture of the real red velvet, while maintaining the gooey lovely inside.

I had finally had the idea that I was convinced was going to work, and I was happily melting white chocolate at my stove. I reached for the red food coloring to impart that screaming scarlet that must be there, when I realized I had instead put in about a tablespoon of orange extract.

After a few choice words that were not taught in my deportment classes, I realized that since I was that far through I might as well proceed to see if the structure of the dish was what I was after. And a miracle occurred!

Not only were the little cakes heavenly - perfect texture, that red velvet flavor, and a gooey middle - but the orange was actually a phenomenal accent. Think of an elevated orange Tootsie Roll - but far more elegant and subtle. You can certainly leave it out, but I'm taking this little gift with gratitude, and will use it from now on... 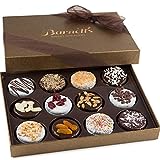