Today I’m sharing with you some restaurant reviews for Boston Lobster Feast, one of the Orlando restaurants we tried on our recent family vacation to Orlando Florida and Disney World. Included in our group were one senior adult, one middle-aged adult, four young adults, and six kids. The children’s ages were 10, 9, 7, 6, 4, and 3. Since we had little kids along, we weren’t interested in any fancy restaurants. We wanted places that were casual and kid friendly. Fortunately, because so many families with children frequent the area to visit Disney World and other Orlando attractions, there were plenty of appropriate dining venues from which to choose - for any type of cuisine you can imagine. We were actually staying in one of the Orlando resorts, just a few miles from Disney World and close to Highway 192. We didn’t know our way around, so we needed places that were easy to find, and that wasn’t a problem at all. Lots of Orlando restaurants are located on Highway 192, including our favorite type of eateries – seafood restaurants. What we really wanted was a lobster buffet, and we found several. Included here are restaurant reviews for Boston Lobster Feast.

I know my way around seafood restaurants. In fact, I’m pretty knowledgeable about seafood, in general. For ten years, I lived less than an hour away from the Atlantic Ocean, and I still live fairly close to both the Atlantic and the Gulf of Mexico. My family and I love saltwater fishing, crabbing, digging for clams, picking oysters, and casting and pulling nets in order to catch our own fresh seafood. With years of experience under my apron, I’m good at preparing and cooking seafood. And my family and I are supreme experts at eating fresh seafood!

With all that explained, you can probably imagine that we’re somewhat finicky when it comes to seafood restaurants. We’re not too hung up on ambiance and atmosphere. In fact, one of our favorite seafood restaurants is often considered as a “dive.” But they serve some of the best fresh oysters, crabs, and shrimp anywhere around. We want seafood that’s flavorful and that’s at least fairly fresh. We know what fresh seafood tastes like, so we’re hard to fool. You might want to keep that in mind as you read our restaurant reviews.

Lobster is my favorite food on the entire planet! It’s also the only food I’ve never gotten my fill of – until we ate at Boston Lobster Feast, that is. I often order lobster at local restaurants, but the lobsters are usually fairly small in size. Ordering a lobster meal at a restaurant is usually expensive, too, so it’s not like I can afford to order two or three lobster dinners.

Did you know that there are two types of lobster served in most U.S. restaurants? The most popular is the Maine lobster, which has claws. On the other hand, the Florida lobster lacks claws, so only the tail is eaten. I’ve eaten numerous examples of both types of lobster, and believe it or not, I actually prefer Florida lobsters over Maine lobsters. In my opinion, the flesh of the Florida version is sweeter, tastier, and more tender. My pal from Newfoundland says that’s because I’ve never enjoyed a Maine lobster that was fresh from the ocean. He says the ones I’ve eaten have lost weight while being shipped to the South. That could be true. The Florida lobsters I’ve eaten were mostly consumed in the Sunshine State, so they were most likely pretty fresh.

While on our Orlando vacation, we wanted to go to one of the area seafood restaurants that offered a lobster buffet – an all-you-can-eat lobster buffet. We found several, but none of them were cheap, of course. Most were between $35 and $45 per adult. I thought that was reasonable. A lobster dinner at Red Lobster is around $20-$25, and that’s for just one lobster. Heck, I figured I could eat four or five lobsters easily if I didn’t fill up on anything else.

Orlando restaurants that offer a lobster buffet include two Boston Lobster Feast restaurants. One is located at 8731 International Drive, in Orlando. The other has a Kissimmee address, at 6071 W. Irlo Bronson Memorial Highway (HW 192). We went to the one in Kissimmee because it was closest to our place of lodging. It was just past World Drive, the exit to Disney World. Out front, the famous “Lobster Mobile” is parked, so the restaurant is hard to miss.

My daughter had joined the restaurant’s email club, so she got Boston Lobster Feast coupons. The coupons were for $5 off for every member of our dining party. We went early, too, arriving at 2:00 pm on a Saturday. Several patrons were waiting outside for the doors to open. We could hardly wait to tear into some lobster!

The price for the lobster and seafood buffet with the early bird special is around $36, and with the coupon, it drops to $31. After 6:00 pm, the price increases to around $43. That doesn’t include drinks or tip, but it covers everything else: entrees, salads, soups, bread, side dishes, and desserts. Some menu items are also included at no extra charge, including French fries, baked potatoes, and lobster bisque. When you go through the buffet line, you serve yourself everything except the lobster. You can get only one lobster at a time. This wasn’t a problem for us, as the restaurant wasn’t very crowded. In fact, whenever I returned to the buffet for melted butter, cocktail sauce, tartar sauce, or anything else, the server-chef tried to give me another lobster. I’ll include more details in the restaurant reviews. 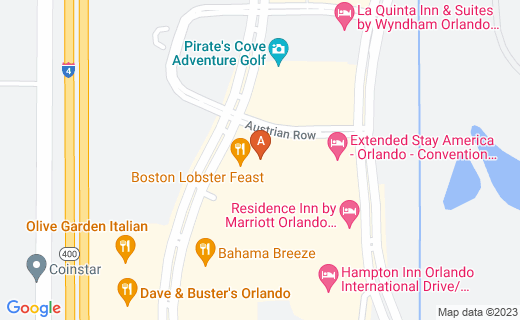 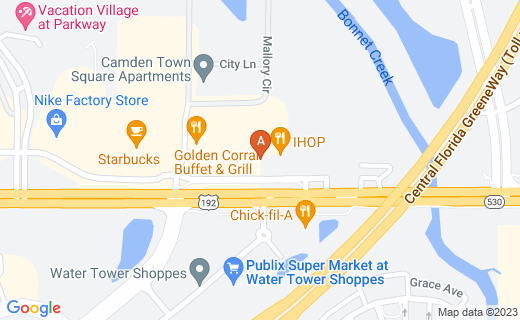 How to Eat a Lobster:

I’ll start with my restaurant review of Boston Lobster Feast. First of all, don’t expect ambience. The interior and exterior of the building resembled an older family diner. It seemed clean enough, though, although it was a little shabby. We were quickly seated at a large table that had big plastic bowls for shells. Our waiter, Steve, greeted us and took our drink orders. He also explained the buffet and the options for kids. Steve was very attentive and friendly, and he took good care of us. He soon brought out fries for the kids and a cup of lobster bisque for me. Below is my restaurant review, based on the foods I tasted. With some of these, I only sampled a single bite or spoonful.

Lobster – The lobsters were small, and they were overcooked. They were much too “rubbery.” My plan of gorging on numerous lobsters fell through. I did manage, however, to eat 2 ½ lobsters.

Snow Crab – The crab legs were excellent! They were cooked perfectly, and I was able to extract large pieces of intact crab meat from the shells.

Fried Shrimp – These were very disappointing. They tasted and looked like pre-breaded frozen shrimp you’d find in a box in a supermarket.

Prime Rib – The prime rib was tasty, and I especially liked the herb crust on the outside. The slice I got was cooked to medium rare, just the way I like it.

Boiled Shrimp – The boiled shrimp were a little small, but they were pretty good.

Crawfish – These were good and spicy, although they were small.

Krab Cakes – I think that’s what these were called. Anyway, “crab” was spelled with a “k,” so I knew they weren’t made with real crab meat. Leave these on the buffet.

Shrimp Creole – This was unlike any shrimp Creole I’ve ever seen or tasted. There was no tomato sauce. Avoid this and save room for something else.

Garlic Crabs – These are whole blue crabs in a garlic-butter sauce. They were good, but they involved a lot of effort.

Fried Fish – When we ate at Boston Lobster Feast, the fried fish was cod. It was okay – nothing special.

Krab Salad – This is your run-of-the-mill imitation seafood salad made with surimi.

Seasoned Rice – This was tasty.

Lobster Bisque – The lobster bisque was good, but it didn’t have a lot of lobster in it. I just diced some of my lobster and added it to the soup.

Pecan Torte – These are small squares of pecan pie. Yum!

Strawberry-Swirl Cheesecake – These are small squares of cheesecake on a graham cracker crust. This was good.

Chocolate Cheesecake – These were squares of cheesecake with a graham cracker crust, swirled with chocolate. I really liked this dessert!

My overall restaurant review: If you can eat a lot of crab legs and prime rib, you’ll get your money’s worth. Don’t go here for fresh fried seafood. If that’s what you’re looking for, visit one of the other Orlando restaurants.

Below are some restaurant reviews from other members of our party:

Lobster – The lobster was tough, and the first one I got was filled with eggs. Yuck. I couldn’t eat it. I got another lobster, and it didn’t include any roe, but it wasn’t great, either.

Crab Legs – The snow crab legs were yummy! They weren’t overcooked, and they were decent sized.

Prime Rib – The prime rib was tasty and tender.

Salmon – The salmon was good – moist and flavorful.

Fried Shrimp – These were pretty bad.

Oysters Rockefeller – These were very good.

Asparagus – The asparagus was cold, hard, and tough.

Mushrooms – The sautéed mushrooms were good.

Corn on the Cob – Average.

Chocolate Cheesecake – Save room for this!

Key Lime Squares – These were delicious!

There were also numerous items on the buffet that none of us sampled. I’ve listed them below:

I hope our restaurant reviews of Boston Lobster Feast were helpful. Would we go again? I honestly don’t know. I think we’ll try other Orlando restaurants first before we make up our minds. There are lots of other seafood restaurants in the area to explore, and next time we take the kids to Disney World, we’ll check out a few more. Should you go to Boston Lobster Feast? If you like crab legs, prime rib, and oysters Rockefeller, I say go for it. But…go hungry, and don’t expect five-star quality. And don’t set your hopes too high on the lobster, either. Try one and then head for the crab legs. Don’t be tempted to fill up on side dishes and breads. Most important of all, arrive early, when everything is fresher and hotter. If you’ve been to Boston Lobster Feast, please add your own restaurant reviews in the comment section!