So savory and good.

This oven roasted lamb with slow cooked curried potatoes and fried rice is a very filling and savory dinner.

Do you like to eat lamb? Then you will love to eat this roast lamb with curried potatoes and fried rice dish.

For this roast lamb with curried potatoes and fried rice dish, I cook the lamb meat in the oven, the potatoes in the slow cooker and the fried rice on the stove top. This lamb dinner entrée containing the three items, lamb, curried potatoes and fried rice is a truly satisfying and incredibly delicious meal. Each food item is complementary to the others and this is a lamb dish that is just so very enticing as it is served up hot.

If you decide to cook this lamb with curried potatoes and fried rice dish, you will blow on your piping hot meal and barely allow it to cool before wanting to dig in!

Another recent recipe hub that I wrote about a curried beef with potatoes dish illustrates that I love to cook curried potatoes. I do so quite often.

Preparing this lamb with fried rice and slow cooked curried potatoes meal is a little time consuming but the meal is really delicious. You won’t regret spending some time on the fantastic resulting meal that your family will savor.

Here are the steps that you can follow to make this lamb with curried potatoes and fried rice dish that you will surely delight in!:

Often times, fried rice will be cooked with leftover cooked rice but most often, I like to just prepare a fresh batch of white rice and then follow the steps to turn it into a fried rice.

So, you can cook two-three cups of white rice according to package directions. When I cook rice, I most often like to use white jasmine rice specifically. Jasmine rice is so tasty. When the rice has been cooked, you can scoop a generous amount of the rice into a cooking oil greased frying pan heating on a medium heat setting:

to which you will add

All in sections of the surface area of the same frying pan, the eggs can scramble, the onions can carmelize and brown and the rice and chopped hot dog can heat. Again, the 4 tablespoons of soy sauce should be added directly on top of the white jasmine rice. As the eggs develop a firm texture and are no longer raw, then you can start to stir and blend everything together (the soy sauce covered rice, the chopped onion, and the eggs, and chopped hot dog). As the enclosed photo illustrates, it will all become a very enticing blend that you will be ready to taste pretty soon. After the white rice has been fully cooked in a pot of boiling water, drained and transferred to the frying pan with the rest of the fried rice ingredients, the fried rice can be ready within just fifteen minutes of being on the stove top on medium setting.

Lastly, with all of your items (roast lamb chops, slow cooked curried potatoes and fried rice) ready for serving, you can arrange them beautifully on plates for serving and enjoying! 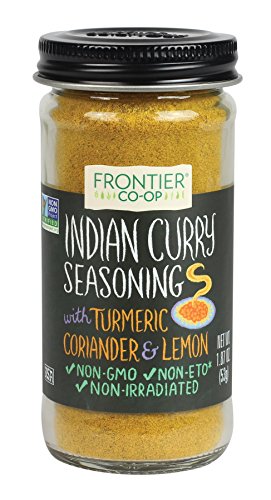