Most people do not think of rue as a culinary herb. In the west, it is used with great caution as a medicinal herb mostly. That is because it is considered poisonous and very bitter. But rue used to be used extensively in Mediterranean and Middle Eastern cooking until very recently. It is still used in North and North East Africa. One of these Countries that use rue extensively in food is Ethiopia. In Ethiopia rue is not considered poisonous at all if used appropriately.

In Western cultures rue has a negative history. The name rue means sadness or bitterness. It is usually mentioned in literature and poetry to connote sadness. In medieval times and in Ancient Rome rue was used extensively in cooking. But over millennia it has become unpopular and phased out as a cooking herb.

Rue is not completely abandoned as culinary herb. It is used in flavoring beverages, herbs, and vinegars. In Italy the leaves are used in an alcoholic beverage known as grappa to make what is known as grappa all ruta. As many bitters rue has an appetite stimulating, and bile stimulating, tonic properties.

Culinary Uses of Rue in Ethiopia

Rue is used to flavor coffee in Ethiopia. You simply cut small sprigs of rue leaves from your garden; wash it and deep a sprig in a hot cup of coffee and drink. It gives the coffee a very nice refreshing lemony flavor. It is also used to flavor Ethiopian yogurt, milk, and cheese. Here again it is very simple, you just stick a sprig or two of rue in you yogurt, milk, or cheese and leave it in and over time it gives a very nice flavor. Rue is used along with many other herbs and spices to prepare an important spice known as "berbere" made of red hot Ethiopian peppers. For these Ethiopians use the dried rue berries. The dried berries can also be added to roasted coffee bean and grounded together to flavor the coffee. Ethiopians call rue "tena Adam". The direct translation is Health for Adam. It means that this herb gives health to humanity. It seems the opposite of what the West says about this forgotten herb.

Rue Can be Used more in Cooking

I can see rue coming back as an exciting herb to cook with. Meat, eggs and cheese all can be enhanced by this spice. Of course one should make sure they use it sparingly. Only a small amount of rue is needed as it has a very strong flavor. The bitter taste can be reduced by acids. A leaf or rue may be used to flavor pickled vegetables, in a salad, or add flavor to herbal vinegar.

To avoid the bitterness of rue a cook can use the fact that it releases its essential oil much more quickly than its bitter rutin. You can place the fresh leaves in slightly boiling sauce for about a minute and then remove it. This way you will get the flavor but not the bitterness.I like to encourage adventurous cooks to give rue a try in some of their recipes. They might be pleasantly surprised. 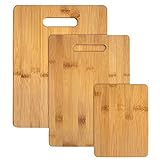