You Had The Noodle Dream!? Oh, Happy Day!

One night last Fall when my wife was going to be working late, my sons and I ordered takeout and rented Kung Fu Panda. This has come to be a bit of a tradition whenever we have a bachelor night. If you’ve seen Kung Fu Panda, you’ll know why we love it so. If you haven’t, go rent it. Or buy it.

Po is a panda, and he works at his father’s noodle shop in the Valley of Peace. He would much rather be a mighty kung fu warrior, battling evil and righting wrongs. But his dad wants him to fulfill his destiny of taking over the restaurant. One morning, Po’s father asks what Po dreamed about last night. Not wanting to hurt his father’s feelings, Po claims to be dreaming about noodles. His father takes this as a sign that Po is nearly ready to learn the secret ingredient of Secret Ingredient Soup, the delicacy that keeps the people coming back.

What with one thing and another, Po both becomes a kung fu master and learns the secret ingredient, both of which happen pretty much at the same time. It’s a very heartwarming tale. But then my son wanted to eat Secret Ingredient Soup. So I had to make some.

None of My Ingredients Are Secret

Rising to the challenge, I made the following for my kid, who really liked the soup. Bear in mind that I was using just what happened to be in my fridge and cupboards at the time.

I Used These Ingredients

In Case You Want to Have Some Props 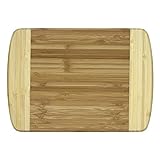 Here’s What I Did With Them

I put water in a medium sized soup pot and lit the burner.

Then I took a deep breath over the simmering chili slices, garlic and pepper, just to see how it was coming along. This was a mistake: the capsaicin in the peppers was in the steam, and I mildly maced myself. Don’t make the same mistake.

Then I scrambled the egg. By now the mace-water was boiling nicely. I threw in the veggies, stirred, and waited a bit for them to start cooking. Then, after turning down the burner to about half strength, I slowly poured the beaten egg into the broth while slowly stirring. This is how you get the very thin noodle-y things in egg drop soup, by the way. It worked out okay, which is to say not as well as they seem to be able to do it at my local Chinese restaurant. After the egg had a few moments to solidify, I put in the mushrooms

After all of that had a chance to simmer for a bit, I stirred up the vinegar-soy-water-starch mix and poured it gradually into the liquid. The vinegar is what gives the soup its sourness. The soy sauce took some of the edge off the heat from the chili, and the starch thickened the broth.

The veggies and mushrooms were fairly well cooked by now. The rest of the process was a matter of calibrating the heat, sourness, and saltiness, which basically meant carefully adding more vinegar and soy sauce until the soup reached the right balance of hot and sour.

It was about this time that I remembered the importance of noodles in Po’s dad’s soup. “We are noodle folk,” he says, “Broth runs deep in our veins!” It was too late to add any lo-mein noodles, and I didn’t have any in any case. So I grabbed a package of ramen noodles from the cupboard and threw those in. I know, ramen are from Japan, but hey, I was improvising. Plus, ramen cook very quickly, so I didn’t have to worry about overcooking the rest of the ingredients.

I already told you: I have no secret ingredient. If you want to know the secret ingredient in Po’s dad’s soup, you’ll need to watch the movie. But I can tell you this: my son thought my version of Secret Ingredient Soup was pretty special.

You Are Free To Eat.