It may seem, if you’ve read my previous columns, that I’m quite fond of strong drinks, and I would be lying if I said that wasn’t true. Barleywines, old ales, strong ales, meads, and Scotch whiskies are absolutely fantastic. Because of their strength, though, they aren’t for every occasion. There are times when you need something a bit lighter. Something that will give you enlightenment without obliterating cognitive thought. There are few things I enjoy more than having a drink or three while writing lyrics and playing the guitar. However, if the drink is too strong, I’ll realize the next morning as I play back the previous night’s recording that what I thought was gold instead stinks like brass. Although I don’t have the same issues when sober, I have found that just a bit of drink opens up the imagination wonderfully. So what to do if I’m in the mood for mead, but don’t want the strong 12% drinks I usually make? Why, make a “session mead,” of course!

I’m borrowing the term session from session beers, which are low ABV brews that enable one to drink several at a session without getting drunk. These are typically 4% or lower, although there is a lot of disagreement between beer drinkers in Britain and in the United States on this point. Although American, I prefer the Brit’s lower percentage as a session beer over American’s typical cut-point of 5%. As I was considering how to make a session mead, I thought to myself “self, what percent should we make this?” The answer, of course, was to try and make a flavorful mead that was half the strength of my usual meads. Sometimes talking to oneself can be useful.

Now before anyone thinks I’m taking credit for a lower strength mead, I have already had a few from commercial meaderies. Would I have thought of doing this if I hadn’t already seen a few 6% meads at my local beer stores? Probably, but they definitely gave me the knowledge that it’s doable and so I felt more confident about making my usual batch instead of a very small quantity.

The Compleat Meadmaker : Home Production of Honey Wine From Your First Batch to Award-winning Fruit and Herb Variations
Buy Now

I also didn’t just want to make a standard mead for this batch. If I was going to make something that was in large part to help with creativity, I thought I should add a bit. So instead of just a honey wine, I decided to make a cyser. A cyser is simply mead with apple cider added. As the apple has strong connections with both Celtic and Norse mythology, I thought this would be perfect, being symbols of immortality, beauty, fairies, and fortune telling (to name just a few things!). In addition, I thought that adding some hazelnut would be excellent, as it add the symbolism of wisdom. The tale of Fionn and the Salmon of Knowledge from Celtic lore is a personal favorite of mine. Of course the mead itself has connotations from Norse mythology, from Odin's search for the Poetic Mead (Mead of Suttungr), which turns anyone who drinks it into a skald or scholar. Evidently the wisdom he received for hanging on the ash tree for nine days just wasn't enough.

An additional bit of niceness? Having a much lower alcohol content means it takes less time to ferment and for the flavors to mellow so it’s ready to drink much quicker than the stronger meads. Do be careful with the hazelnut flavoring. If you use too much, it will be over powering. For this mead, I also like to add the additional honey in during bottling to make it a sparkling mead. If you don’t like the extra carbonation, just skip that step. As I make mead primarily for my own use, I don’t make much at a time, sticking with around two gallons. If you want to make a larger batch, just increase everything by the same factor. 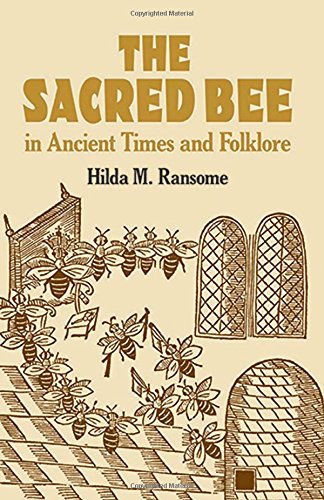 2 gallons water (I have well water, so buy spring water)

Yeast (I’ve made a batch with dry mead yeast and the fermentation zoomed by! I’ve also used a cider yeast because of the apple cider and it turned out great and was a little extra “zingy” – just one pouch/bottle is still enough if you double the recipe)

Flash heat honey in ½ gallon water (this step isn’t necessary, as I know people who just mix it all together, but I stress a bit about sanitation)

Stir at 160 degrees Fahrenheit for 15 minutes

Add the rest of the water.

Pitch the yeast and mix well to aerate. 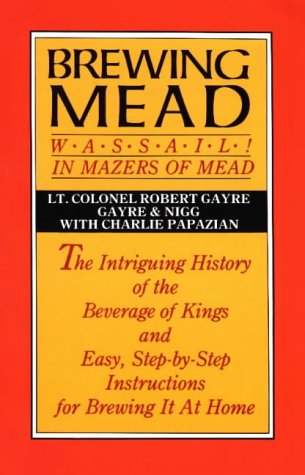 Brewing Mead: Wassail! In Mazers of Mead: The Intriguing History of the Beverage of Kings and Easy, Step-by-Step Instructions for Brewing It At Home
Buy Now

Let it sit for a week and then rack over to secondary, mixing in the cider and hazelnut at this point. Then let it sit another 2-4 weeks before bottling to allow all the flavors to merge and to let the yeast work on both the honey and the cider. If you want sparkling mead, before bottling, boil 4 ounces of honey in one cup of water and add it to the must after it cools. If your yeast works well and you get near full attenuation, your mead will end up around 6.5%, so even a weaker fermentation will yield a nice 5.5-6.0%

A quick note: I actually put in a full ounce of hazelnut flavoring and I found it to be a bit overpowering for a "weaker-than-usual" mead. So above I've moved it down to what I feel would be a better half ounce, but wanted to let you know I have not tried this lower flavoring amount yet.

I hope you enjoy this mead as much as I have! Slainte and Wassail!