If the potatoes are not prepared correctly, the pie can have strings and lumps that ruin the whole texture and presentation. The potatoes can be prepared ahead of time and refrigerated or frozen for later use. As a general rule, it takes one pound of potatoes for each pie. Here are the steps to correctly prep the potatoes:

There are many variations on the sweet potato pie and each has a little something that makes it special. The traditional recipe calls for sweet potatoes, sugar, eggs, milk, butter, cinnamon and vanilla. Many family recipes have been handed down through the generations and have never been put to paper. There is always room to work a recipe around a bit to accommodate individual preferences in texture and taste; a recipe is the barebones guideline, do not be afraid to experiment. 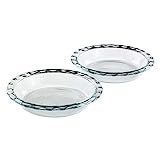 How to Roll and Form Pie Crusts

If you liked these Sweet Potato Pie Recipes

You might also like to try a traditional pecan pie recipes or one of several variations that are all simple to make and delicious. Happy Baking!