This recipe finds its roots in Portugal. The Portuguese merchants boarded their ships and brought to Goa a pork recipe that will later immortalize their name in Goa. A delicious pork recipe that soon acquired the Goan character and will later came to be known as the Goan-Styled Pork Vindaloo.

The Portuguese vindaloo was originally called carne de vinha d'alhos. Initially pork vindaloo is shown have handsomely used wine and garlic but in the later years when it was becoming more Goan, the recipe required more and more intricate use of spices. (We have to keep in mind that Goa is the home to a number of spices that India is famous for, which initiated the spice trade of India with Europe from the beginning of the fifteenth century.)

The addition of more and more spices along with vinegar (which replaced wine) made the simple pork vindaloo more fiery and more tasty.

Now Pork Vindaloo has become a famous Goan delicacy. Not only in India but outside the country, vindaloo is a special curry dish available in all major Indian restaurants. Ideally vindaloo is made with pork but considering people's preferences this dish is also prepared with chicken and lamb.

My Tryst with Vindaloo

There are some days in our lives when we realize that no other living beings can be as much confused as we, the humans. It was one such day in my life. I had some pork chops in the freezer and I was racking my brains apart in thinking what will I make out of them. Personally I love pork far more than chicken. The meat is definitely tastier than the bird. Even then it is not potentially dangerous like other red meats of beef, lamb or goat. It was one weekday, technically I had shorter time to cook (I don't know but each and everyday my husband will be always before time for lunch. Maybe it is a conspiracy between him and time in an attempt to catch me on the wrong foot.) But I am also a feisty Bong girl. I will also not accept defeat lying down. Each and every time I have successfully thwarted their joint attempt to beat me down.

But God that day deliberately made me confused. It was a weekday, I had to cook lunch, I was running short of time and above all I was confused, "What to cook?" I was having a quick recap down my memory lane when suddenly it flashed on me, "Why not try pork vindaloo?"

When I was in the seventh grade of my school, I visited Goa with my family. I still remember the trip very well. It was during the time of Christmas. The four days that we spent in Goa was very exciting for me. Gorgeous golden beaches with clear blue waters of the Arabian Sea lined with coconut and palm trees. Goa was a paradise in itself. Moreover what makes it different from the rest of India is its carefree casanova attitude. Simply you cannot compare Goa with any other part of India. It is so very different and all these were at some point loaned from the Portuguese settlers who were more than imperial colonists in this part of India. It was at this very place I tried vindaloo for the first time, but with chicken. Even then I just cannot forget how delicious it tasted. Later, a couple of years back I got learn how to make vindaloo from a cooking show. Till that confused weekday of my life I had tried vindaloo recipe with chicken but now when there is an opportunity to create the authentic Goan vindaloo how will I let go of it? I tried it with pork.

The outcome? My dear husband could not thank me enough for making his Wednesday lunch such a marvel. He proclaimed after attending a marathon office meeting that lunch simply helped him de-stress A-LOT. I literally patted my own back for the accomplishment and for once again emerging victorious! (Remember, the conspiracy theory.)

More Goan Recipes On Your Way 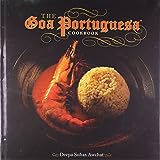 You Will Love These Recipes